Why Are Peppers Spicy? The Science of Spice 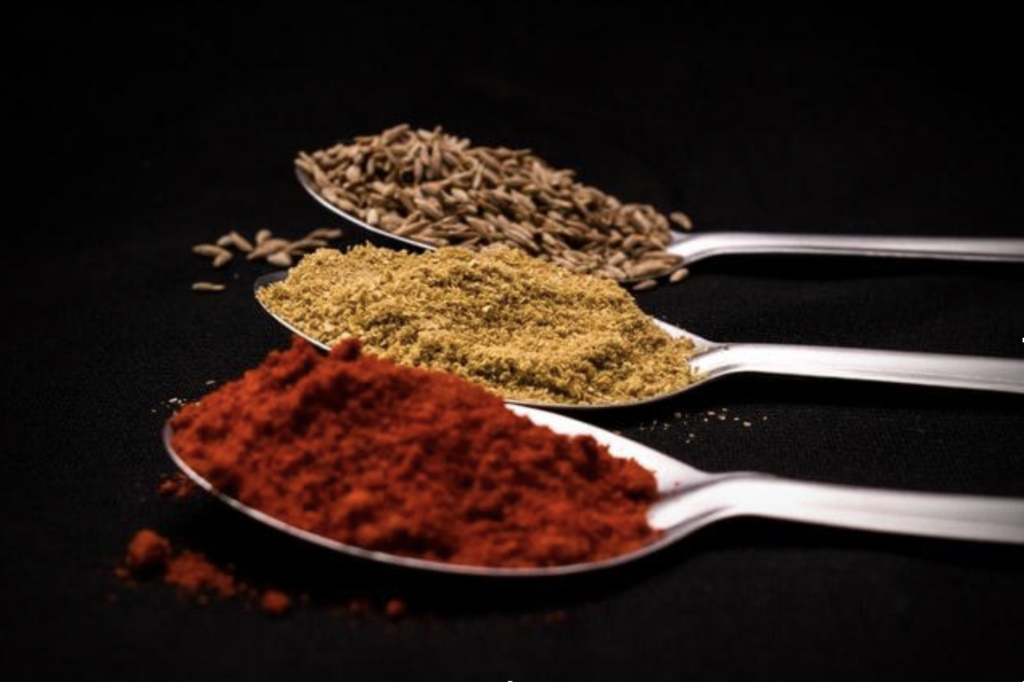 Why are peppers spicy? Surprisingly, not many people now. That’s right, aside from foodies and culinary arts majors, the vast majority of Americans aren’t quite sure how spices work, or the role of natural plant compounds in the flavors and aromas of our favorite chilis and peppers. In this post, we go over not only the basics of the science of spice as it relates to say hot sauce, but its implications on the human system as well.

What Exactly are Terpenes? Are they why peppers are spicy?

Terpenes are the aromatic compounds behind the distinctive scents and flavors attributed to virtually all plant life, including flowers, herbs, spices and fruit. In nature, terpenes serve a number of important functions, such as protecting plants from insects, fungi and other predators, as well as attracting pollinators.

According to True Blue, terpenes are what give most plants their taste and aroma profiles. But there’s more to these compounds than the potential for natural flavoring and aromatic agents; in fact, a growing body of scientific literature provides insights into their viability in the future of natural medicine.

Some of the most well-researched terpenes include:

The therapeutic potential of terpenes first took the mainstream by storm via the popularization of the use of essential oils in aromatherapy, yoga and massage. Today, terpenes are used in the food, beverage, beauty and even sports medicine industries.

Do Terpenes Play a Role In Chilis & Peppers? Are they why peppers are spicy?

While there are sesquiterpenes like borneol and guaiol present in peppers and chilis, the principal factor behind their instantly recognizable flavor and aroma profiles is a compound known as capsaicin, in which lies the secret to our question: why are peppers spicy?

Capsaicin is an active component of chili peppers, which are plants belonging to the genus Capsicum. Capsaicin and several related compounds are called capsaicinoids, and the most common capsaicinoid is capsaicin.

It is an irritant, causing a burning sensation when it comes into contact with human skin or mucous membranes. However, capsaicin is also used in various medical applications as a topical analgesic. In addition, capsaicinoids are being investigated for their potential use in other medical applications such as treating psoriasis and cancer.

Capsaicin is a member of the vanilloid family of compounds. It is an odorless, colorless to pale-yellow liquid that is insoluble in water. Capsaicin has a pungent taste and is the active ingredient in chili peppers that gives them their characteristic “heat.”

In addiction to answering, ‘Why are peppers spicy,’ capsaicin also is known from some health benefits. Three established benefits of this neuropeptide-active agent include:

Anti-inflammatory effects, in that it can help to reduce inflammation throughout the body. This is beneficial for conditions like arthritis and inflammatory bowel disease.

Antioxidant properties, wherein it is shown to scavenge harmful toxins and free radicals from the body. This can help to protect cells and DNA from damage.

All of these health benefits make chili peppers a great addition to your diet. This likely explains in part why populations enjoying plenty of capsaicin in their respective cuisines — such as Thailand in the far east, or a large majority of South America — enjoy significantly lower rates of heart disease and common forms of cancer than more spice-averse populations.

Capsaicin Outside of Chilis & Peppers

The benefits of capsaicin are not lost on product manufacturers in a variety of industries. The fitness supplement company Optimum Nutrition, for example, created a pre-workout drink powder whose array of active ingredients included capsaicin to increase vasodilation and enhance the so-called “pump” from intense workouts at the gym. Companies like Salonpas and Zostrix have a range of topical products including pain relief creams and hot patches utilizing the anti-inflammatory effects of capsaicin.

Capsaicin is in a number of health and dietary supplements as well. These include cayenne capsules to improve digestive, metabolic, joint and muscle health; quick relief gels for localized relief from muscle soreness and soothing skin balms for users suffering from chronic pain conditions, such as arthritis in the hands.