The Chef Behind the Sauce 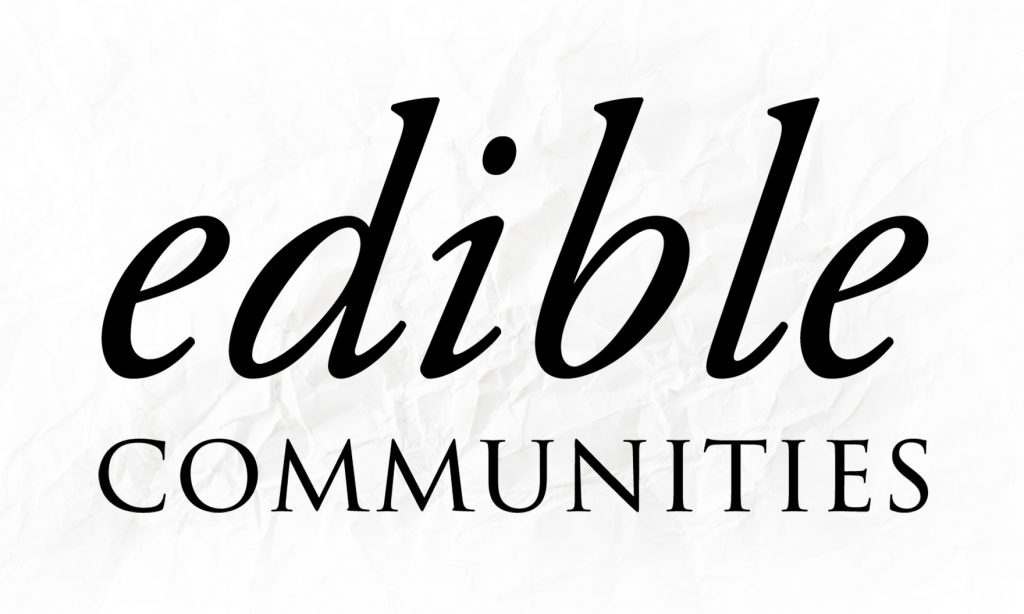 King Phojanakong is passionate about growing.

After growing his presence as a chef to know in New York City, running the highly acclaimed Kuma Inn for over 10 years on the Lower East Side and expanding with Tito King’s in 2015, Phojanakong is helping grow something new in the Bronx: hot sauce.

Collaborating with Grow NYC and Small Axe Peppers, run by childhood friend John Crotty, Phojanakong has created The Bronx Hot Sauce, beloved both by stars (Rachael Ray!) and by the community where it’s created.

“I find it so cool to just grow things,” Phojanakong said on a sweltering summer morning at his local diner. “To start with very little and just see it grow and be able to make something. I get so excited about it.”

Growing up in New York City, Phojanakong “always loved to eat.” His mother is from the Philippines and his father from Thailand, so diverse fare was always on the table — but he wasn’t immersed in gardening or even food culture. That passion was spurred each summer, from infanthood through high school, that he spent in the Philippines with his mom’s extended family.

“Eating is a big part of the culture there,” he said. “Every meal was a celebration,” as Phojanakong dined at the kids’ table with eight cousins, a stark contrast from hectic city meals with his brother and parents during the school year. “I would spend time in the kitchen there,” he reminisced. “Just hanging out in the kitchen was the fun part. That’s where the action was going on.”

Upon graduating from Bronx Science and subsequently earning a bachelor’s degree in psychology (with a minor in archaeology) from SUNY Purchase, Phojanakong decided to further his education by enrolling at the Culinary Institute of America in Hyde Park.   “My parents thought I was going back for a graduate degree,” Phojanakong said. “As immigrants, they weren’t too thrilled that I [was going] to culinary school.” This was during a time when Emeril was pretty much the only celebrity chef Americans could name and being a professional chef “wasn’t really looked upon as anything.”  Now, Phojanakong says his mom is his number one fan and unofficial publicist, toting clips about the chef to show off whenever she gets the chance.

His respect for ingredients “first hit” when he was working at Daniel and a cook working next to him on the line burned something.  “It happens, but Chef got so upset,” recalled Phojanakong. “‘Do you know how long it took for that farmer to grow this? And you burnt it in, like, a minute’” he recalls Boulud shouting. “You think about it, and he’s absolutely right: People grow these things. Farmers are the unsung heroes of the culinary world.” Learning from the best, Phojanakong will also yell at his chefs in instances of wasted produce.

Before embarking on The Bronx Hot Sauce in 2014, Phojanakong had not spent time in the Bronx’s community gardens. He had, however, exercised his passion for food education at local public schools, where he taught first and second graders about tastes and flavor profiles and would guide them through Union Square Greenmarket to meet local farmers and purchase ingredients for a salad. The class culminated in a trip to Kuma Inn, where students would split up between the front of house and back of the house and see what it takes to set up and prepare food at a restaurant.

“It’s very rewarding. At the beginning of the class, I’d get comments like ‘My kid doesn’t eat vegetables’ and by the end, I’d get thank yous from kids and parents saying ‘Wow, he wants bok choy, this is amazing, thanks so much.”

As a parent of a 5-year-old daughter, Phojanakong says a hands-on understanding of “how things are cooked” and where food comes from contributes to a greater appreciation and enjoyment of it. At home, the two grow a lush herb garden with rosemary, parsley, and basil together. Phojanakong says growing the greens from seed “makes her more adventurous. She wants to try it. I don’t even have to tell her.”  Even out of the house, Phojanakong has instilled in his daughter chef-like sensibilities. “We’ll go out and eat, and I know it’s not proper etiquette, but I’m a chef, so we’ll smell our food … I like to experience it before it even hits my palate.” His wife isn’t a huge fan of the sniffing in public, but it’s “part of the job.”

Food’s magical unifying qualities are what keep Phojanakong inspired. “Food is something that ties everyone together… it’s a beautiful thing.” And seeing how The Bronx Hot Sauce brings people together, whether it’s sharing a bottle at a party or working on a rooftop garden to grow the ingredients, motivates the busy chef.

In developing the recipe for The Bronx Hot Sauce, Phojanakong wanted a universally pleasing formula. “I didn’t want it to be the type of sauce where you need a sign a waiver, and you put a few drops on your tongue,” he laughed. “I wanted a well-rounded sauce that touched upon the heat and flavor of the peppers. Something that had a sweetness to it, saltiness, sourness, a balanced sauce.”

The versatile sauce, now available in both red and green varieties, is good on pretty much anything, and even Rachael Ray is said to drink bottles of it. Other celebrity fans include New York Governor Andrew Cuomo and Supreme Court Justice (and Bronx native) Sonia Sotomayor, who told Phojanakong the project made her proud of the Bronx.

In the Bronx, the community response has been exceedingly positive, with new community gardens and participants eager to join the project each year. Phojanakong will visit the gardens to help harvest and cook other rooftop produce and said the project attracts people from “all walks of life.” Young volunteers who have chosen community gardening over a sentence in juvenile detention often want to keep helping out longer than mandated, and Phojanakong has witnessed the “therapeutic, relaxing” effects gardening has on community members.

Best of all, the results are delicious. “It’s amazing seeing the transformation from the seed [to pepper] and coming back with a bottle,” he said. “It’s really satisfying, really special.”  Phojanakong chose hot sauce as this project because of New York’s short growing season and the condiment’s shelf stability; he hopes to expand the program to more farmers and communities. Recently, The Bronx Hot Sauce has been sold with a packet of seedlings attached, so even home consumers can sprout a love for gardening.

“It’s very satisfying to start with a seedling and actually see it grow, harvest it and eat it. It’s amazing. This is true farm-to-table, and you can really see how it brings the community together.”

The Bronx Hot Sauce is available in NYC Greenmarkets, local supermarkets including Whole Foods and Fairway and also at FromTheBronx.com.