The Best Spicy Dishes According to Anthony Bourdain 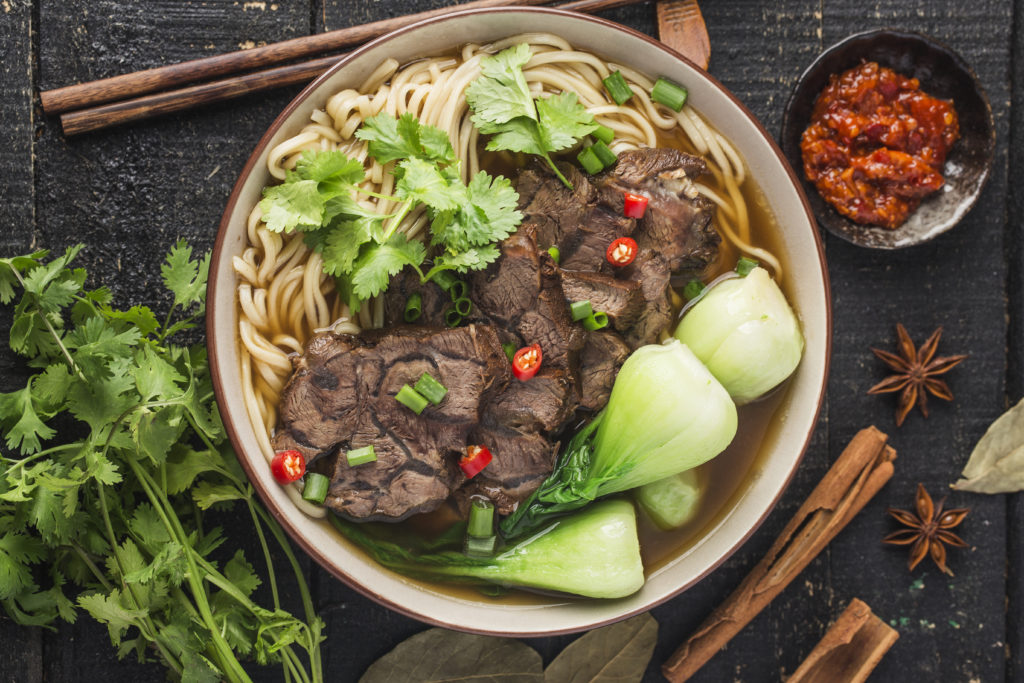 Arguably, few people know spicy dishes or good in general quite as well as Anthony Bourdain. A celebrated chef and TV presenter, the late American food connoisseur made a career out of traveling the world, eating local, and finding the best eats. Even after his sudden passing, Bourdain’s contributions have been so impactful that he even won two more awards at the Creative Arts Emmy Awards in 2019. To this day, the culinary world still celebrates his birthday annually as Anthony Bourdain Day.

But out of all of Bourdain’s many contributions, without a doubt, it’s his diverse food recommendations that people often still refer to. Today, in celebration of the culinary icon and his unparalleled palate, here are some of the best spicy dishes according to the man himself:

Tony Bourdain had a long-standing love affair with Vietnamese cuisine. Out of all the tangy, herbaceous, and fresh dishes, though, it was the delicious bún bò huế that really caught the chef’s eye. In fact, this spicy beef and noodle soup was even highlighted in his posthumously published book called “World Travel: An Irreverent Guide”. In the memoir/food and travel guide, Bourdain notes his most unforgettable adventures and culinary favorites from his unique perspective. Of bún bò huế, he describes it as “the greatest soup in the world”. Made with an elaborate mixture of bone broth, lemongrass, fermented shrimp paste, rice noodles, tender meat, veggies, lime, herbs, and chili sauce, bún bò huế is undoubtedly a complex and hearty soup worth traveling for.

Back in 2017, Anthony Bourdain made headlines when he announced that the Filipino dish sisig would “win the hearts and minds of the world”. Described as street food that originated in the province of Pampanga, sisig is made from chopped pig head, onions, chili peppers, and a spicy and sour dressing. For added flavor and texture, this spicy dish is customarily served on a sizzling plate which caramelizes the meat and adds crunch. In some eateries, sisig is even served with a side of extra peppers, calamansi (local citrus), soy sauce, and a raw egg — all for an extra layer of umami. It is served at most Filipino restaurants and eaten throughout the day. Before his passing, Bourdain even announced that sisig was going to be part of the street food dining concept that he was set to open in 2019.

Among the most popular dishes from China’s Sichuan province, mapo tofu made several appearances on Bourdain’s show “On Parts Unknown”. At one point in the Sichuan episode, Bourdain even tells his friend, fellow star chef, Eric Ripert that mapo tofu will scare the evil out of any hangover. Although we can’t be sure what he meant by that, it’s likely because mapo tofu is packed with mala. This is the delicious numbing spiciness that is a signature in Sichuan food. But mapo tofu is more than just hot. It’s also loaded with nuanced flavor that make every bite enjoyable. If you haven’t had it before, mapo tofu pairs silky tofu cubes with ground pork and bathes it in a fiery red sauce. Deeply savory and fragrant, the chili bean paste and Sichuan peppercorns add a unique kick that you won’t find anywhere else. Plus, mapo tofu is made with plenty of chilis, it’s believed to have some health benefits. As listed in our article called “Why Are Pepper Spicy?”, the capsaicin in peppers is also known for its anti-inflammatory and antioxidant effects.

Everybody loves a good sandwich, but for Bourdain, nothing could beat a spicy Macau-style pork chop sandwich. Included in his highly-celebrated cookbook “Appetites”, this fried sandwich doesn’t take long to prepare. For starters, the chops need to be tenderized and marinated in a concoction of soy sauce, rice wine, vinegar, sesame oil, garlic, sugar, and five-spice for at least an hour. After this, they must be breaded and seasoned before being shallow-fried until golden brown. Once cooked and drained, they must be generously slathered with chili paste before being tucked between two toasted slices of bread. According to Bourdain, this sandwich is so addictive that his crew even kept polishing them off during filming!

Of course, Bourdain was a fan of hot sauce, too. In fact, he once had a full conversation with scientist Neil deGrasse Tyson about the importance of hot sauceOn top of this, he even went on a full hot sauce adventure in the Mississippi Delta. So, if you’re looking to broaden your culinary horizons, find new dishes to pair with hot sauce, or if you just want to enjoy some of Tony Bourdain’s favorite spicy dishes, look no further than the mouth-watering dishes we’ve listed above. Who knows? It may even ignite the foodie within you.