Tacos: A Brief History and Recipe 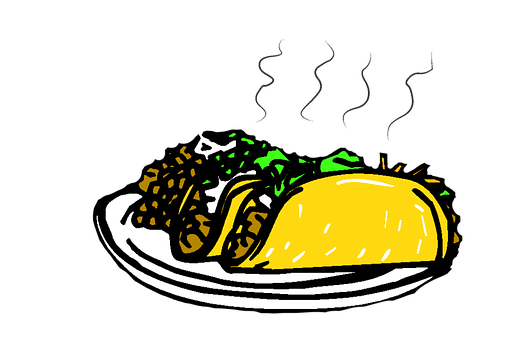 The weekend is here which means its time for some… tacos. Yes, tacos. But not just any tacos, we’re talking spicy pork tacos (tacos al pastor) with a special Small Axe Sauce to add that picante flavor that’ll make it just right. However, before we get to the recipe, have you ever thought about the origins of the taco, one of the most recognizable dishes in the world? Sure, you know its from Mexico, but do you kn

ow anything else about this food truck favorite? Keep reading to learn more, then go enjoy some for yourselves with the delicious recipe we’ve left for you below!

Like many other indigenous dishes, the taco predates the arrival of the Spanish in Mexico. The first anthropological evidence comes from the indigenous people living in the lake region of the Valley of Mexico, who traditionally ate tacos filled with small fish. The writing is from the Spanish conquistador, Bernal Díaz del Castillo, who documented the first taco feast enjoyed by Europeans, a meal which Hernán Cortés arranged for his captains in Coyoacán.

According to one etymological theory, the culinary meaning of “taco” derives from its “plug” meaning as employed among Mexican silver miners, who used explosive charges in plug form consisting of a paper wrapper and gunpowder filling. This hypothesis comes from the fact that the first type of taco was the “taco de minero,” which means “miner’s tacos.” Have you ever realized that tacos look similar to a stick of dynamite? Neither did we…

“) are made of thin pork steaks seasoned with adobo seasoning, then skewered and overlapped on one another on a vertical rotisserie cooked and flame-broiled as it spins. Of course, over the years the taco has continuously evolved into the staple it has become today. See Small Axe’s latest spin on the evolution of the taco with our very own “Picante Tacos Al Pastor.” 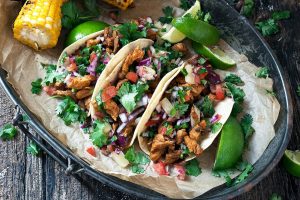 With the chunky consistency of a spicy salsa verde, The Bronx Green Hot Sauce is made using 6 all natural ingredients. It is sweet and savory because of the apple cider vinegar, with a garlic-forward flavor, and a serrano level of spice.
Newsletter Signup
Subscribe for 10% off your first order!
Subscribe To Our FREE Newsletter!