See Alton Brown on Hot Ones 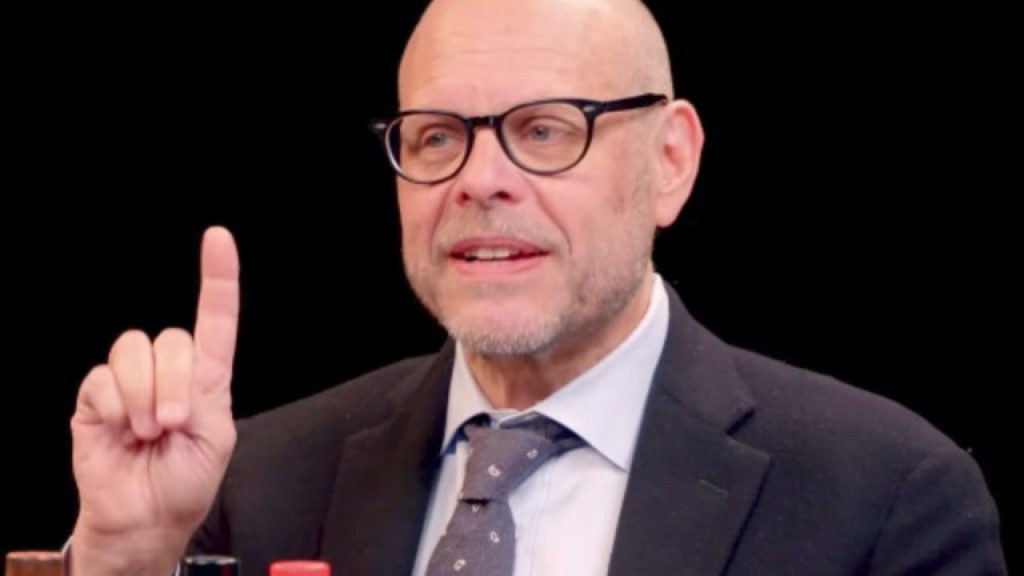 Anyone familiar with Alton Brown is aware that the man knows food. After graduating from the New England Culinary institute he’s gone on to have a ‘foodful’ career as a television personality, food show presenter, author, actor, cinematographer, and even musician. He is a multi-talented man to say the least.

Alton is the creator and host of the Food Network television show Good Eats, host of the mini-series Feasting on Asphalt and Feasting on Waves, and host and main commentator on Iron Chef America and Cutthroat Kitchen. On top of all these accomplishments, Brown is also a best-selling author of several books on food and cooking.

So yeah, it’s safe to say that he has a well-educated tongue and is apt to offer credible opinions on all things hot sauce and more.

When Alton was recently on Hot Ones, a web series which involves celebrities being interviewed by host Sean Evans over a platter of increasingly spicy chicken wings, he had the good fortune of acquainting his palate with none other than The Bronx Green Hot Sauce.

In the episode, he ended up trying and ranking 10 different hot sauces.

So… What did THE Alton Brown think of Small Axe’s signature dish? Well, let’s just say, he liked the fruity sweetness.

In fact, The Bronx Green Hot Sauce ended up coming in at number two on his list of ten sauces, in a list carefully curated by industry experts. That’s not bad especially considering we only finished behind Sean Evans’ (The host of Hot Ones, from whom he was sitting right across) very own sauce. Hmmmm… We’re not suggesting he was biased.. but…

See Alton Brown’s whole response regarding The Bronx Hot Sauce in the video below:

“Mmm. That has a fruity sweetness to it. I like that, there is some sour, it’s got a nice balance of spice to it, I think.”