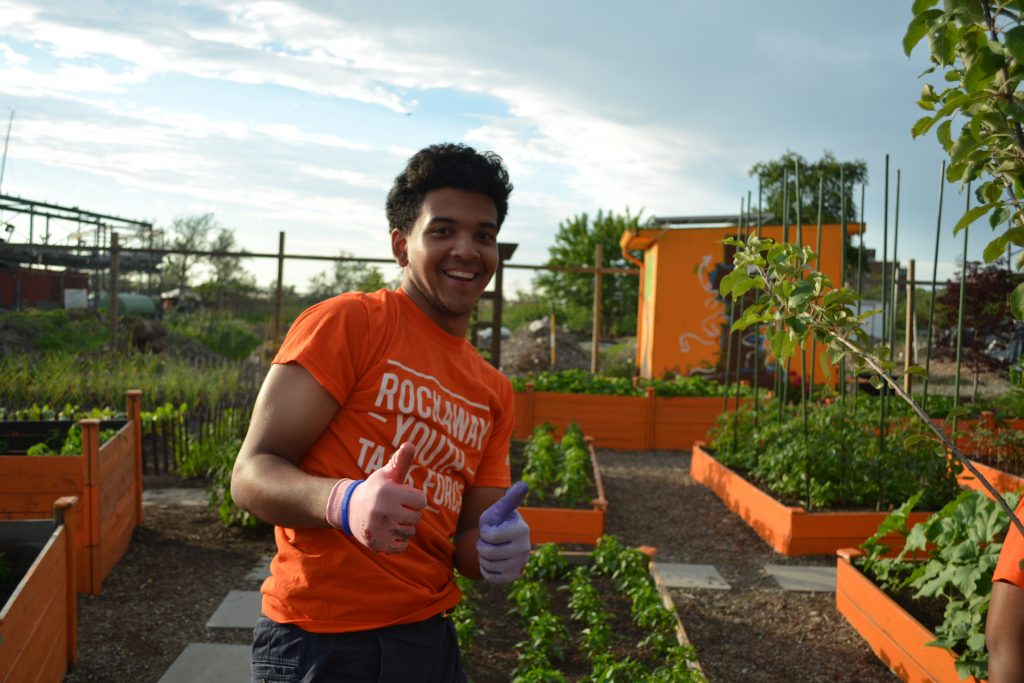 Located in the heart of a food desert, Rockaway Youth Task Force’s community garden is a thriving oasis amidst bodegas, fast food restaurants, and grocery stores shuttered since Hurricane Sandy devastated the area in 2012.

The storm wreaked havoc on neighborhoods in The Rockaways, exacerbating issues that have plagued the peninsula since New York City concentrated a series of public housing developments on the eastern end of the peninsula.

Milan Taylor, Founder and President of Rockaway Youth Task Force (RYTF). “Rockaway was a devastated community before the storm; the storm only exacerbated our problems.

Today, a half-acre garden is thriving: salad greens, tomatoes, and spicy peppers spring up in cheerful orange beds tended by local teenagers. The garden is the centerpiece of the Rockaway Youth Task Force’s work to empower Rockaway’s young people, aged 15 to 25, to civic engagement, volunteer opportunities, mentoring, and professional development. Through the garden, the young people learn that access to fresh, healthy food is their right, and is also in their own hands.

Milan Taylor, “The garden will serve as a reminder that Rockaway is still here, still in need, and still willing to survive.”