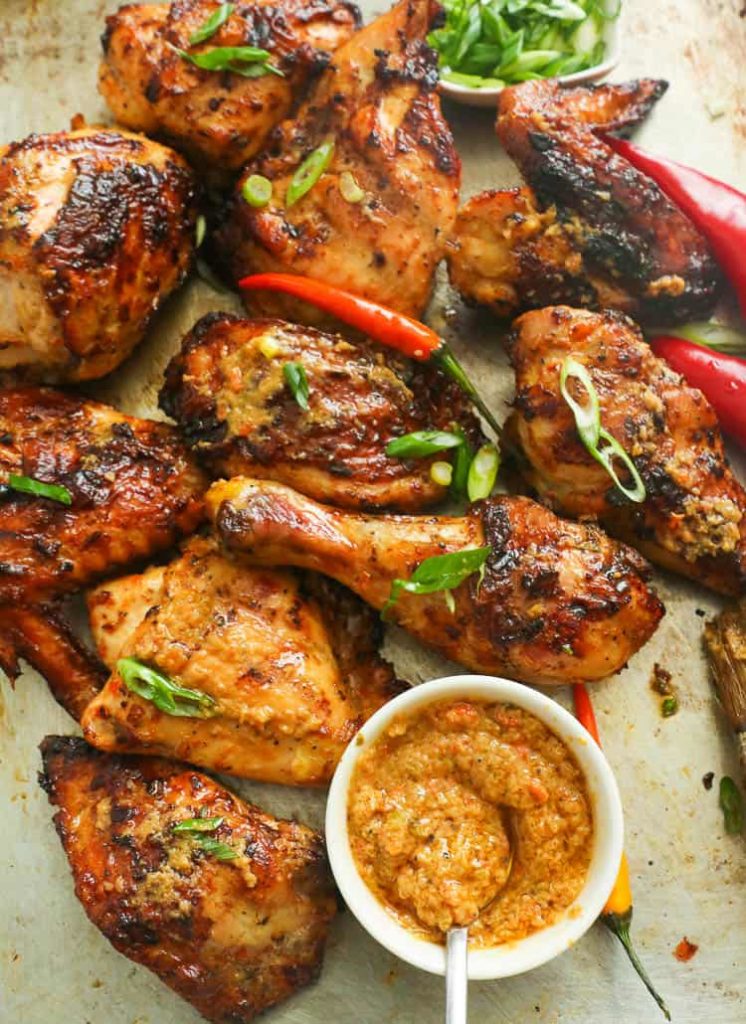 Peri peri chicken is a dish that originates from Mozambique in Africa.  The dish is made with chicken that is marinated in a sauce made from chilies, lemon, garlic, and other spices. The chicken is then grilled or roasted. Peri peri chicken can be served with a variety of sides, but the most popular side dish is rice.

The Origin of Peri Peri Chicken

The first mention of peri peri chicken was in 1956 in a cookbook called “Mozambique Recipes” by Eduardo De Carvalho. This cookbook contained a recipe for what was then called “chicken piripiri.” In this recipe, chicken was marinated in a sauce made from African bird’s eye chili peppers, lemon juice, garlic, and onion. The chicken was then grilled over charcoal.

The recipe for peri peri chicken began to gain popularity in the 1970s when Africans who were living in Portugal began to open restaurants that served the dish. These restaurants became popular among tourists who were visiting Portugal. From there, the recipe for peri peri chicken spread to other countries such as United Kingdom, South Africa, Australia, and United States.

1. Preheat oven to 375 degrees F (190 degrees C).
2. Season chicken with salt, black pepper, and cayenne pepper. Heat olive oil in a skillet over medium-high heat, and cook chicken until browned. Remove from heat and set aside.
3. In the same skillet, sauté onions and garlic until softened. Add bell peppers and sauté for 2 more minutes.
4. Stir in chicken broth, white wine vinegar, and peri peri sauce. Bring to a boil, then reduce heat to low and simmer for 5 minutes.
5. Return chicken to the skillet and simmer for an additional 5 minutes.
6. Transfer mixture to a baking dish and bake for 20 minutes. Sprinkle with chopped parsley before serving.

Small Axe Peppers does not currently offer a pure Peri Peri Hot Sauce, however there are some alternatives which we could recommend. We would recommend adding butter to our Ghost Pepper Hot Sauce and reducing for a little bit to make it thicker consistency.