Is a Black Pearl Pepper Edible? 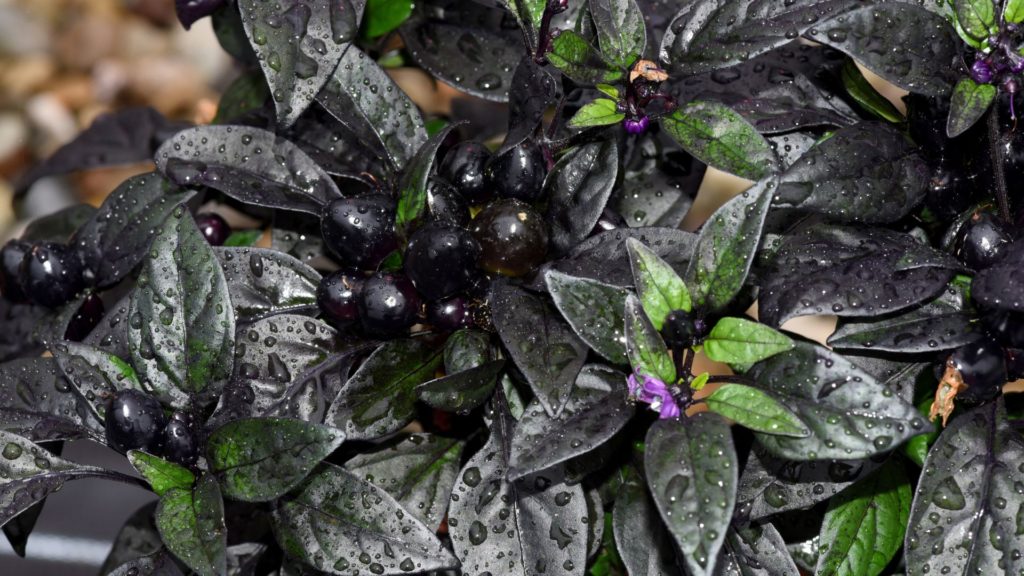 Can you eat a black pearl pepper? Find out the answer to the questions that bother all those who encounter this ornamental plant for the first time.

Ornamental chili peppers come in all shapes, sizes, and colors, and can range from colorful, and striped to dark. Among the many varieties that are grown for decorative purposes, one variety stands out in particular, the black pearl pepper. This beauty has dark leaves and dark peppers that ripen from purple to a stunning red.

Stay with us and find out the answer to the question that interests people all over the world: Black Pearl pepper: are these peppers edible?

Black Pearl peppers are part of the huge Capsicum annuum family, characterized by their black-colored leaves and peppers. What is particularly interesting for us to mention is that not only is the pepper a beauty in itself, but its name is also particularly appropriate. Calling it Black Pearl pepper makes it sound like a gem, which is actually not far from the truth.

This plant grows relatively small, namely only 1-2 feet tall, and in addition produces clusters of rather tiny, berry-shaped fruits approximately 1/2 inch in diameter. It has special, dark, almost black leaves that make it quite different from all other types of chili. Also, we must emphasize that it received the popular AAS award back in 2006.

As for its fruit, it also has a deep black color and eventually turns red when fully ripe. Many people wonder where such a characteristic color comes from, so let’s explain. Namely, its dark color occurs solely due to the presence of anthocyanin, or as it is often called ‘purple pigment’ which is activated by light exposure.

Now we move on to the main part of this article, so we will try to answer the interesting question “Black Pearl pepper: are these peppers edible”. So let’s get to the point. 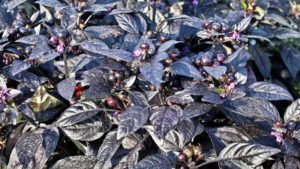 What confuses most people is the fact that these peppers belong to the group of ornamental plants. They are bred specifically for aesthetic purposes and are mainly used for edging in landscaping.

So, the answer to the question “Black Pearl pepper: are these peppers edible” is yes! Namely, just like any jalapeño or cayenne, this type of chili pepper is also edible. Furthermore, they aren’t the hottest peppers in the world, but they still have significant heat, somewhere between 10,000-30,000 on the Scoville heat scale to be exact, falling in the lower middle of the scale.

If you want to compare it to others, you can’t go wrong with the Serrano pepper, which is considered 4-12 times hotter than the Jalapeño. In addition, it is important to emphasize that the more ripe the peppers, the hotter they are, or more specifically, the darker they are, the less hot they are.

The heat itself is a slow burn, so it actually creeps up. What is particularly surprising is the first bite, which gives a slight citrus taste, but after a minute, it continues to intensify the spiciness, only to gradually decrease, something like a rollercoaster.

Before you decide to take the plunge and get an already established plant or start growing it from seed, you must be aware that this plant will not reach its full potential if you do not know how to care for it properly.

Black pearl pepper plant care isn’t too demanding but requires your dedication and a lot of love. The first thing you should pay attention to is the amount of light, namely, this type of pepper requires plenty of sunlight and warm temperatures to grow.

In addition, it is very adaptable to both dry and moist growing conditions, however, it will by no means thrive if it is often exposed to standing water. Finally, it needs minimal fertilization and water during the summer season, and perhaps best of all, it is distinguished by its pest deterrent system. That actually means that you don’t have to worry about pests destroying your plant, nor do you have to buy any pesticides. 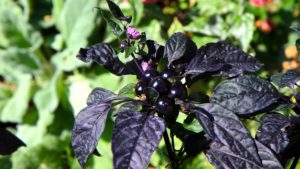 Black pearl pepper is a plant that is grown mainly in tropical regions and is recognizable by its beautiful and exotic-looking flowers and leaves.

As an ornamental pepper plant, this type of pepper is usually grown only for its attractive appearance, however, it can be an excellent addition to almost any dish. They aren’t the hottest peppers in the world, but they still have significant heat, more specifically, 10,000-30,000 on the Scoville heat scale.

Have you ever had a chance to taste it? Let us know below. Otherwise, try one of our hot sauces made freshly with one of the more conventional peppers – serranos, habaneros, jalapeños, ghost – all grown in community gardens in cities across America.

This was a guest post by Tony Manhart, the founder and editor in chief at Gardeningdream. Tony’s enthusiasm and rich experience in all things related to growing plants have led him to share his knowledge with gardening aficionados all over the world. When he is not working around his garden, Tony spends his time writing tips and tricks on various subjects related to plant cultivation and soil maintenance.