A Garden Grows In The Bronx 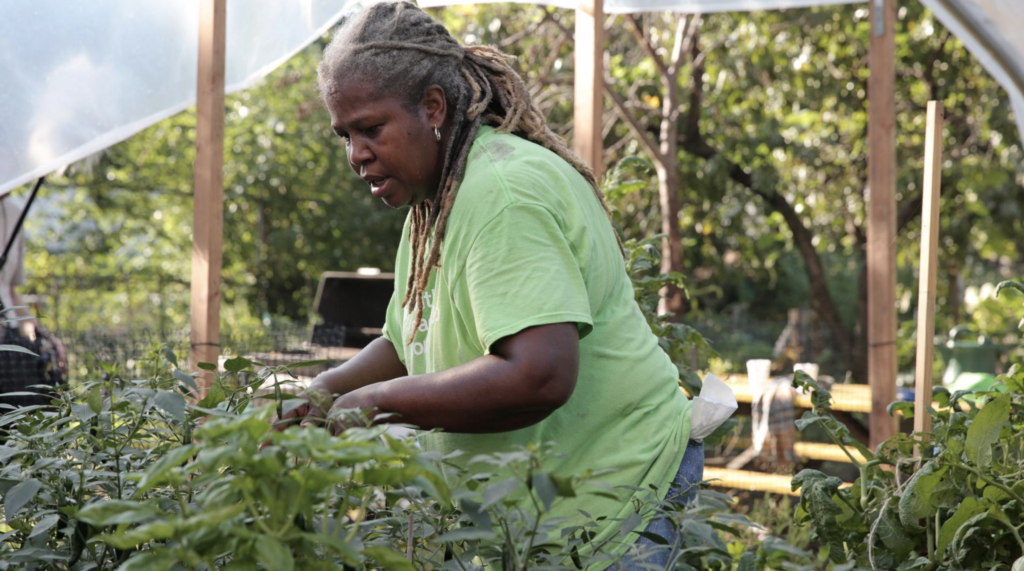 Tucked away in between apartment buildings in the Belmont section of the Bronx you can find a community garden.

For decades, Karen Washington, a farmer, has been helping turn private and public empty spaces in NYC into community gardens.

“This garden believe it or not was 1 of 15,000 vacant lots in NYC back in the 1970s and people came together to turn it into a community garden,” says Karen Washington.

The garden grows peppers, tomatoes, Mexican herbs, eggplants, and many other fresh produce.

The garden is part of a larger urban gardening movement that’s meant to empower low-income communities to grow fresh produce. Washington helps identify families in the area who want to learn how to grow their own food. Some of the produce grown ends up at City Farms Market.

Washington says there’s been an increasing interest since the start of the pandemic.

“Because it came at a time there was no vaccination early on, the best medicine was eating  healthy food,” says Washington.

The community garden in the Bronx has also been growing Serrano peppers that are being used to produce locally made hot sauce. They’ve paired up with Small Axe Pepper, another Bronx based organization that makes hot sauce.

Watch more in the video below:

While growing tasty produce is a plus, Washington says it’s also about teaching younger generations about the importance of green space in urban areas.

“We always say these are the lungs of the city…but as we go into the future we want to make sure these spaces are preserved for the next generation,” says Washington.

Peppers With A Purpose

Remember, all Small Axe Peppers Hot Sauce is made with peppers are sourced from community gardens and urban farms like the one’s Karen Washington has built. Directly support her efforts with the New York City Three Pack: