How Hot are Habanero Peppers? 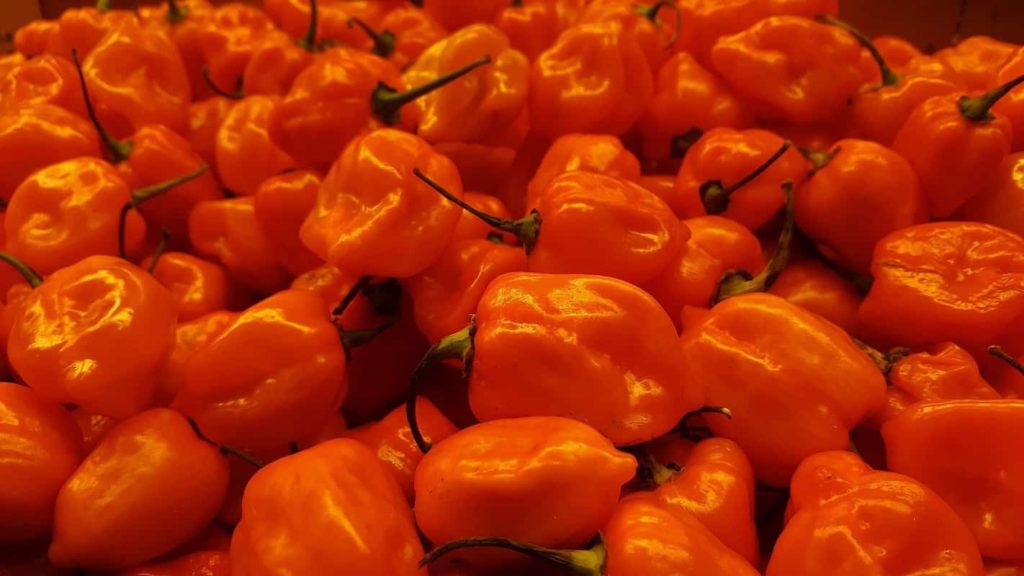 What is a Habanero pepper? 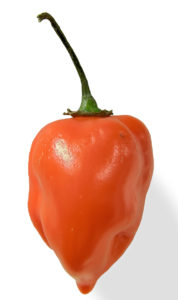 Unripe habaneros are green, and they color as they mature. The most common color variants are orange and red, but the fruit may also be white, brown, yellow, green, or purple. Typically, a ripe habanero is 2–6 cm (0.8–2.4 in) long.

A Brief history of the Habanero Pepper…

The Habanero pepper has some serious history. that’s been around for a while. In fact, a Mexican archeological dig discovered a domesticated habanero that’s over 8,500 years old. An intact fruit of a small domesticated habanero, found in pre-ceramic levels in Guitarrero Cave in the Peruvian highlands, was dated to 6500 BC.

The Habanero itself is thought to have originated in Cuba, as it is named after the Cuban city of La Habana, known in the U.S. as Havana, because it used to feature in heavy trading there.

However, as the The Yucatán Peninsula is the biggest producer of habaneros, it is really thought of as a Mexican pepper. Other modern producers can be found all in various countries central and South America and, of course, community gardens throughout the United States.

The habanero chili was disseminated by Spanish colonists to other areas of the world, to the point that 18th-century taxonomists mistook China for its place of origin and called it Capsicum chinense (“the Chinese pepper”)

Relation to the Scotch Bonnet? 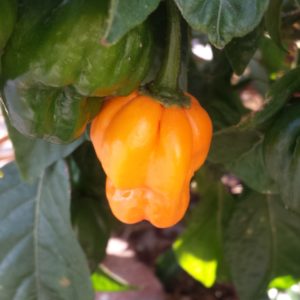 Scotch Bonnet – A close relative of the Habanero Pepper

The Habanero pepper is closely related to the Scotch bonnet pepper. They are varieties of the same species and have similar heat levels but they have somewhat different pod types.

Both the Scotch bonnet and the habanero have thin, waxy skin. They also have a similar heat level and flavor, with both varieties averaging around the same level of pungency. Of course, the actual degree varies greatly from one fruit to another according to growing methods, genetics, plant stress and climate.

The most common orange habanero pepper has a tropical, fruity flavor that make these peppers very popular among chefs, both amateur and professional. And underneath the sweetness, there’s a subtle smokiness as well.

Tropical fruits like pineapple and mango are obvious good pairings, but apple and orange work equally as well. Because of its flavor, the habanero often stars as the primary heat source for fruit-based hot sauces. In addition, it ginger is another great ingredient to neutralize the Habanero’s blazing bite.

Other habanero pepper types (like the Caribbean red habanero, Peruvian white, or Roatan pumpkin) have similar flavor profiles, but the chocolate hab (like other chocolate-hued chilies) has a smokier, earthier flavor to go along with its extra spiciness.

Where do Habanero Peppers rank on the Scoville Chart?

In 1999, the habanero was listed by Guinness World Records as the world’s hottest chili, but it has since been displaced by other peppers.

Nowadays, the habanero sits firmly in the extra-hot zone of the scale, rated 100,000–350,000. It dwarfs mild chilies like the much less spicy poblano (1,000 to 1,500 SHU), but it still falls well short of the super-hot chili pepper range. Compared to a ghost pepper (which can hit one million SHU), the habanero is three to ten times milder.

A ‘Caribbean Red,’ a cultivar within the habanero family, has a citrusy and slightly smoky flavor, with a Scoville rating ranging from 300,000 to 445,000 Scoville units

The black habanero has an exotic and unusual taste, and is hotter than a regular habanero with a rating between 425,000 and 577,000 Scoville units.

Fun fact:  One of the world’s spiciest pepper’s, the Carolina Reaper, is a cross between a Bhut jolokia (Ghost Pepper) with a particularly pungent red habanero. 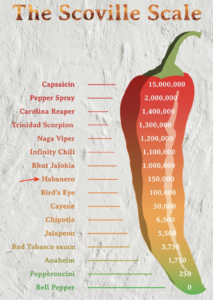 See where the Habanero Pepper ranks on the Scoville Chart!

So, how hot is a Habanero Pepper?

Well, it’s obvious that habanero is spicy, that is no doubt about that. But how spicy? For example, how do they stack up against the ghost pepper?

In terms of eating heat, that’s around 76 times hotter than an average jalapeño. At the extremes (the mildest jalapeño vs. the hottest habanero) it’s a whopping 140 times hotter.

However, compared to some of the current hottest peppers in the world like the Trinidad Moruga Scorpion (1.2 million to 2 million Scoville heat units) and Carolina Reaper (1.4 million to 2.2 million SHU), the habanero is really very tame.

Though it, falls right below the Bhut Jolakia, also known is the ghost pepper, you can see that its Scoville ranking of 150,000 is quite a bit lower than the 1,000,000.

So just how hot are they?

Let’s just say that they are spicy enough for you to use caution. That means even considering gloves when handling habaneros to protect from the severe burning sensation of chili burn.

Want to try a Habanero Pepper?

For many, the habanero chili sits at the top point of culinary relevance on the Scoville scale. It’s very hot, but the nuances of its flavor still shine through. Plus, it’s often the hottest pepper you’ll find fresh on grocery store shelves. However, unlike some of the spicy chilies, there’s a ton of flavor to go with the heat. The citrus-like taste with a subtle hint of smoke, makes it very popular in hot sauces, powders, and rubs. Want proof? Go ahead and try some of Small Axes’ Habanero-based Hot Sauces with this trifecta below: