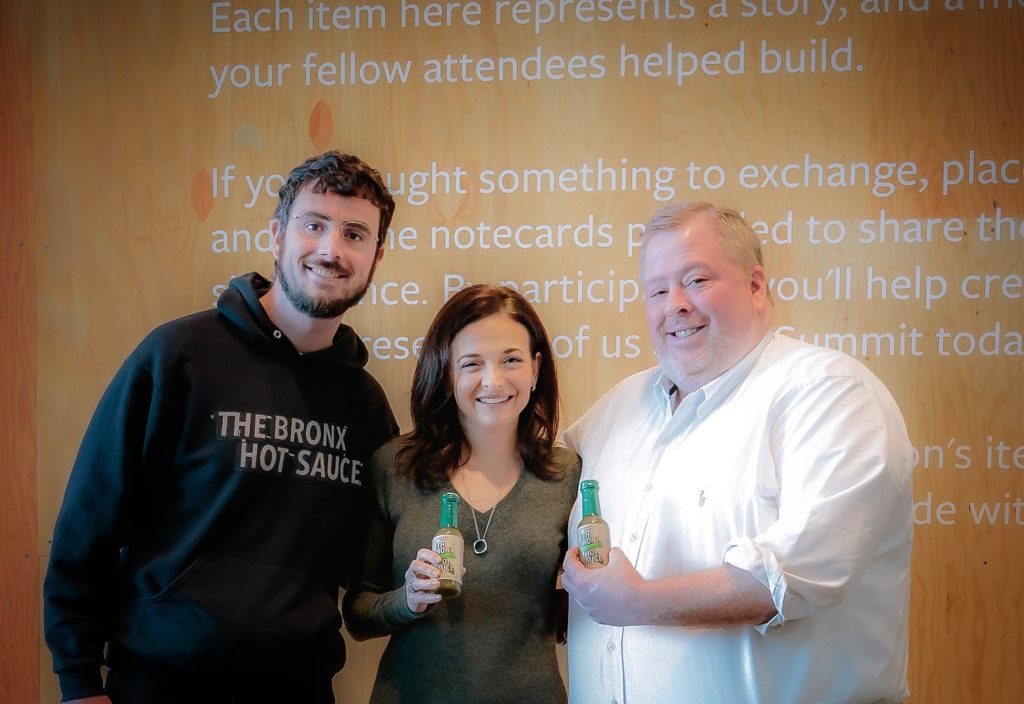 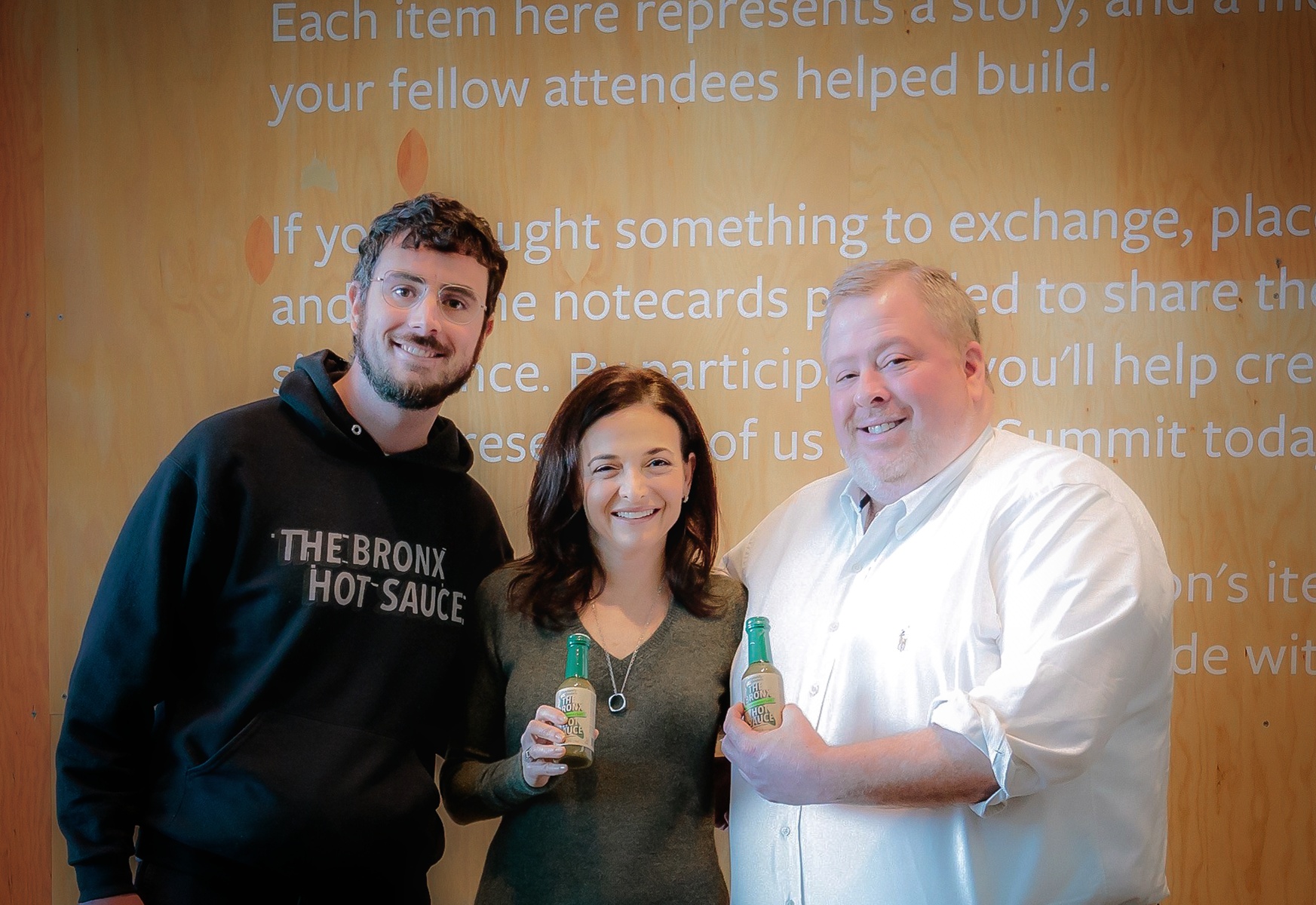 How we ended up and taking this picture is worth re-telling.

Earlier in the month we were invited out the Facebook headquarters right outside of San Francisco in Menlo Park. In the Spring of 2018, we started speaking with some of the Facebook people about a project they were working on. We wanted were collectively trying to determine if it was something that made sense for us. So first we spoke with Skye and then quite a bit with Perry and Lindsey as well as several of the other Facebook people about exactly what this project would look like. Their concept was to highlight some of the ways Facebook was helping us grow, which it was and still very much is. We collectively determined it would be great!!

Last summer, a Facebook team showed up to film a bit of the life making the Bronx Hots Sauce. A team of 30+ people came with drone’s, make up, microphones, lights and other the other equipment necessary to get the right shots. Dan spent the better part of 3 days with them. They went around to some of the Bronx Community Gardens, then to Chef King’s restaurant the tremendous Kuma Inn on Ludlow St and a few other spots along the way.

For Small Axe Peppers, effectively telling our story is the most important part of what we do. The model/firm was designed to have you, the customer, be an active participant in the connection to the community gardens.  We want to bring you the stories within the Community Gardens but gardeners prefer working in their gardens and communities versus talking about themselves. An admirable quality for sure, but just one of many they all posses. They are an incredible group of people that do amazing things daily. They don’t seek any special  recognition nor are they trying to generate any for themselves. They are doers, and doers do things.

In learning more about what Facebook had going on, we applied to be considered for the 2019 Community Summit. Generously, we were accepted as Summit participants like the other 400+ participants, we flew out there earlier this month.  Some of my old colleagues from a past life had all spoken so glowingly about Sheryl Sandberg the COO of Facebook and the kind of person she is. I asked them for her email and they all said no!! “she is very busy” “she is no nonsense” and more their actual point “she has no time for you”.

While the sentiment sounded harsh it would make sense for any of us, everyone is busy all the time. We decided to send an email explaining we were coming out there, wanted to say hi and thank her for all we were able to do together. If it couldn’t happen, we at least wanted to get her some of the Hot Sauce to try.

Well, we were able to get in touch and she very kindly agreed to say hello for a bit right before she was speaking to the whole summit. We were blown away, Sheryl couldn’t have nicer.  We had a very engaging conversation with the Blind Brothers (who have a great story, more on that later) and Sharae Monroe of She Trucking (more on that later as well) about our different businesses, our challenges and our common themes. It was very cool, as was Sheryl.

I would say it was the highlight of the trip but there were so many interesting people and experiences at the summit.  Each with a better story than the last and from all over place as well. We are grateful to have been included with such an outstanding group of individuals doing so much to help so many feel included and all of us to be a little closer.

A sincere thanks to Sheryl Sandberg for spending some time with us it was incredibly generous as was the whole Facebook team. California was great experience for Small Axe Peppers. We will keep finding ways to help bring the gardens to you, one bottle at a time.

However we will never forget that all of this is only possible because of you the consumer and your continued support.