Are Peppers Fruits or Vegetables? 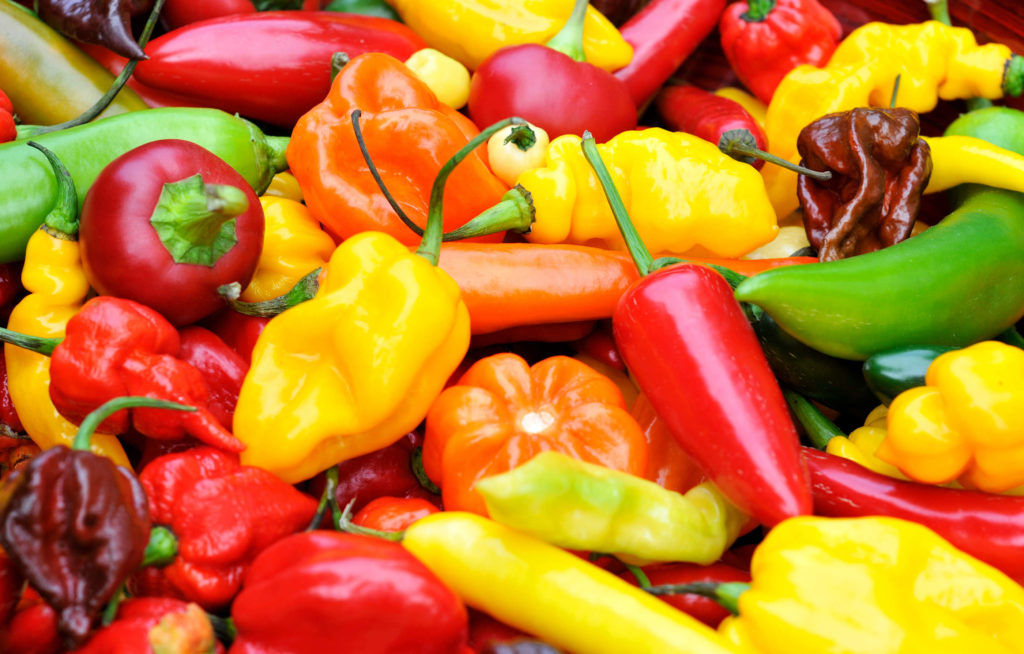 Are peppers fruits? Or are they vegetables?

Turns out that it depends who you ask. According to any botanist, peppers are clearly fruits. In fact, every kind of pepper, from the ghost to the jalapeño to the serrano to the habanero, fits the bill as a fruit and not a vegetable.

But why does this seem so strange? Why isn’t it obvious that peppers are just another fruit like apples, bananas, and oranges? After-all, peppers don’t really taste or look like any of the other berries. Not to mention that many of them are spicy, not sweet like most other fruits. Plus, it’s not like they blend well with other fruits either. Could you imagine putting a chili pepper in a fruit salad?

So, while any botanists would clearly define peppers as fruits, chefs may have a different opinion. That’s right, according to the culinary classification, peppers are actually vegetables.

Keep reading to understand whether peppers are fruits or vegetables.

What Exactly is a Pepper?

Before we explore why the correct classification of peppers, let’s learn a little about what they are.

Peppers are native to Mexico, Central America, and northern South America. The pepper family, also known as the Piperaceae, contains roughly 3,600 currently accepted species in 5 genera. The vast majority of peppers can be found within the two main genera: Piper (2,171 species) and Peperomia (1,373 species).

The best-known species, Piper nigrum, yields most peppercorns that are used as spices, including the always reliable black pepper, although its relatives in the family include many other spices.

The other genera, peperomia are known yielding chili peppers, which originated in Mexico. Widely used in many cuisines as a spice to add heat to dishes. The substances giving chili peppers their intensity when ingested or applied topically are capsaicin and related compounds known as capsaicinoids.

After the Columbian Exchange, many cultivars of chili pepper spread across the world, used for both food and traditional medicine. This diversity has lead to a wide variety of varieties and cultivars. Capsicum is a genus of flowering plants in the nightshade family Solanaceae, native to the Americas, cultivated worldwide for their chili pepper fruit.

Fruits or vegetable? What’s the difference?

While it’s usually easy to differentiate fruits from vegetables, have you ever stopped for a second and actually thought about the differences?

Another major distinction is that fruits contain seeds, while vegetables can consist of roots, stems and leaves.

From a culinary perspective, fruits and vegetables are classified based on taste. Fruits generally have a sweet or tart flavor and can be used in desserts, snacks or juices. Of course, this is not always the case. Apart from peppers which are spicy fruits, tomatoes are another example of a non-sweet fruit.

Vegetables have a more mild or savory taste and make a great side dish or main course. When thinking of cooking, peppers generally fit better with other vegetables. Grilled peppers could mix well with onions as a side or mix well into a salad.

Of course, peppers aren’t the only fruits often believed to be vegetables. Some other fruits with vegetable-like qualities are: winter squash, avocados, cucumbers, eggplants, olives, pumpkins, pea pods, and zucchini

In the World of Botany, Peppers are Fruits 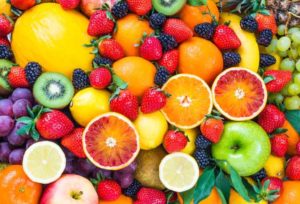 Classified as berries, peppers fit all the botanical criteria of any other fruit. For starters, peppers have seeds. Formed in the plant’s flower, the fruit evolved to bear the seeds of a plant. In the center, the female parts of the flower include the ovary.

To the plant, fruits are basically a means of spreading the seeds around, generally by wind or animal poop. I guess that’s why they are generally so sweet. However, it does beg the question, which animals like spice? Well, some aren’t animals, like birds aren’t effected by capiscum, so they can handle any level spice. As far as mammals go, only the tree shrew joins us humans as reckless enough to eat spicy peppers.

Botanically speaking, a ‘fruit’ is the seed-bearing product that grows from the ovary of a flowering plant or, in other words, a fruit is the plants’ way of spreading its’ seeds.2 A botanical fruit would have at least one seed and grow from the flower of the plant.1 With this definition in mind, peppers are classified as fruit because they contain tiny seeds in the middle and grow from the flower of the pepper plant.

A ‘vegetable’ in botanical terms on the other hand, does not have a set definition but is more of a general term encompassing all other edible aspects of the plant, the roots, stems and leaves. So, putting our botany caps on, we would classify foods like apples, strawberries and cherries as fruit, including peppers!

The Culinary Classification: Peppers are Vegetables. 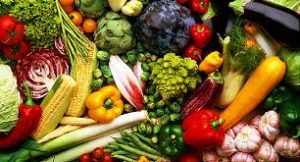 Any nutritionist, chef or even your uncle, is more likely to use the culinary classification system, which defines fruit and vegetables based on different criteria. The primary difference being that the culinary system is more focused on the plants flavor profile.

According to the culinary definition, a ‘vegetable’ has a tougher texture, tastes blander and often requires cooking in dishes like stews, soups or stir-fries. Meanhile, a ‘fruit’ has a softer texture, tends to be either sweet or tart and is often enjoyed raw or in desserts or jams.

Based on these criteria, peppers are vegetables. Think about it, peppers can be crunchy, refreshing and enjoyed raw. Furthermore, they are generally prepared alongside other vegetables in dishes like soups or salads.

So Are Peppers Fruits or Vegetables?

It really just depends on the context. The botanical classification is useful for a botanist when they want to discover the origins of peppers, help them identify different varieties of peppers, or understand how to grow and harvest different species of peppers. However, how many of us are botanists?

The culinary definition may be more useful for your everyday consumer because the foods that are from the same botanical family, may not have the same nutritional compositions.

Hot Sauce connoisseurs like us at Small Axe don’t really care. Sure, we can call them fruits. It certainly works as a fruit. Take the Habanero Mango Hot Sauce for example, a masterful blending of two very different ‘fruits’.

However, if you’d prefer to call them veggies, that works too. They certainly blend well with other vegetables too. Want proof? Just try our Habanero Ginger Hot Sauce. Of course, that is assuming that ginger is a vegetable. Uh oh, here we go again.