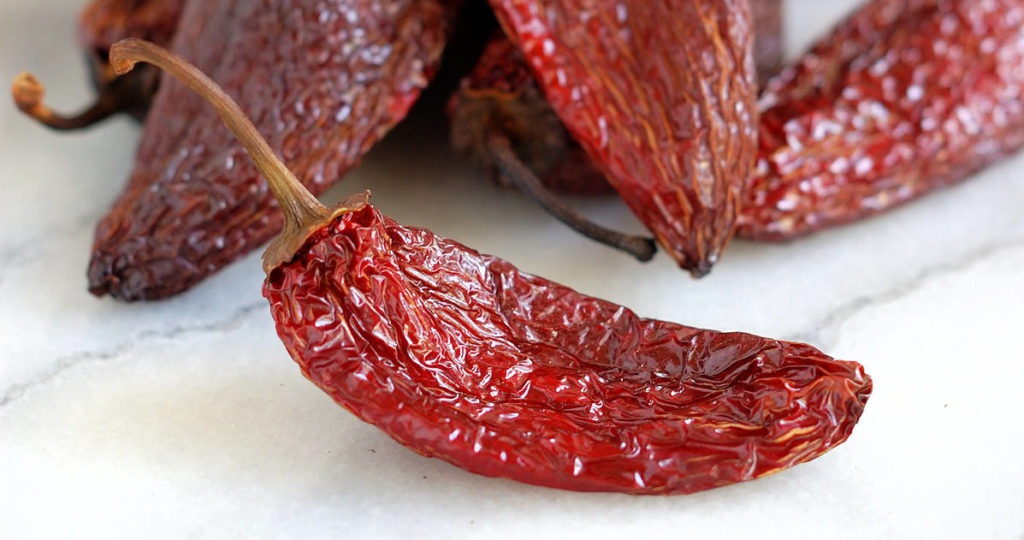 Chipotle peppers, we’ve all heard of them, right? But what are they? To put it simply, a chipotle pepper is a jalapeño that has been left on the vine to ripen until red, and is then smoked and dried.

Believe it or not, the word “Chipotle” isn’t just a name for a restaurant. It is actually a compound of two Aztec words (which is probably why the pronunciation is so strange for English speakers!): chilli (hot pepper) and poctli (smoke). Yep, the name more or less means smoked pepper.

Like many other peppers, chipotles are predominantly sourced from Mexico, where they produce two kinds of chipotle peppers—Chipotle Morita and Chipotle Meco. 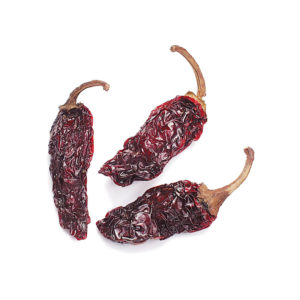 Morita, which is most commonly found in the United States, is dried until it is wrinkled all over and a deep brownish-burgundy color. The word morita means “little blackberry or mulberry”, and when you see one of our whole Chipotle Moritas it’s easy to see where the name came from, with its dark color and shriveled appearance. Grown primarily in the Chihuahua State, Moritas still retain some moisture, so they are a little bit leathery and pliable and have an underlying fruitiness. They are also available as Chipotle Morita Flakes or ground into a pure Chipotle Morita Chile Powder.

Chipotle Meco, also known as chili ahumado or típico (the typical chile) are the preferred chipotle pepper in Mexico. Chipotle Meco are fully ripened, red jalapeños that are smoked for nearly twice as long as Chipotle Moritas. They turn ashy brown from the smoke and heat; whole Chipotle Meco look almost cigar-like in their appearance. They taste profoundly smoky and rich. Ground Chipotle Meco Chile Powder is also 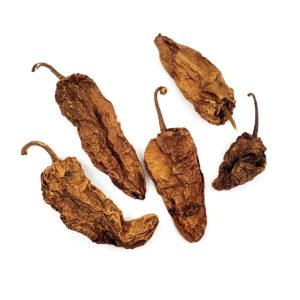 available. They are sometimes referred to as chili navideño because they are reconstituted and stuffed to make a very traditional dish that is most popular at Christmas time amongst Mexican locals.

A Brief History of the Chipotle Pepper…

The method of smoke-drying jalapeños to make chipotles dates all back to the early food preservation practices used in Mesoamerica. The Aztecs likely began preserving these peppers as a way to safeguard against the potential of a weak harvest. Smoking them was necessary because while peppers were simply left in the sun to dry, the fleshy walls of the jalapeño didn’t dry thoroughly making them susceptible to rot.

This form of chili reached Europe after Christopher Columbus discovered them on his voyage to the New World. Their self-preserving nature made them perfect for crossing oceans without spoiling, allowing them to make it to Spain before spreading to Europe, India and beyond.

Are Chipotle Peppers the Same as Jalapeños?

From Jalapeño to Chipotle

To truly understand the chipotle chile, you’ve got to learn a little about the ‘ole jalapeño pepper. After-all, that is how all chipotles start out as.

But then why do they look so different? That is because we’re accustomed to seeing jalapeño peppers before that have been picked while they’re still green. However, just like any berry (yes, peppers are fruits), they change color as they mature. After a while, jalapeños turning a deep, ruby red. And it’s not just the color that changes. The flavor also develops over time, maturing from the grassy green flavor of an unripe jalapeño to rich, fruity sweetness of a red jalapeño.

What’s the Difference Between Green and Red Jalapeños?

Wait, there are both red and green jalapeños? Yes. But don’t get confused, they are the same pepper, it’s just that a green jalapeño is picked early before it ripens on the vine, while a red jalapeño is left on the vine longer. Like other chilies that turn red it is older. The red ripened are best to use for smoking, but the green are fine, too.

How do Chipotle Peppers taste?

The distinctive flavor of a chipotle is its smokiness. However, underneath that defining smoke and heat, they are also sweet as allowing the chiles to ripen on the vine to a deep red makes them much sweeter than green jalapenos.

Of course the different types have their own unique flavors. For example, Chipotle Morita Chiles are defined by their smoky flavor of applewood or even pecan, which smoothly balances out the raisin-cherry fruitiness. A small hint of chocolate even peeks in to round out the finish.

Chipotle Meco Chiles, on the other hand, retain a deep flavor that is dominated by a sweet wood smoke. While you’ll sense a hint of raisony sweetness at first, they are more defined by their smoky, earthy and slightly grassy essence.

Different Forms of the Pepper 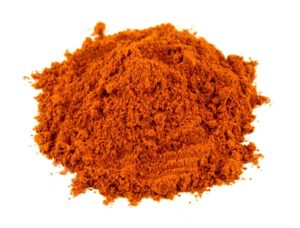 Chipotles come in a multitude of forms such as:

Where do Chipotle Peppers rank on the Scoville Scale? 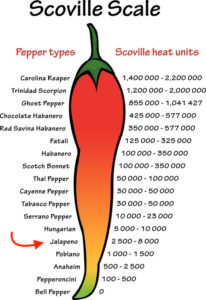 So, How Spicy Is a Chipotle Pepper?

A chipotle’s heat is pretty spicy but it isn’t going to kill you. Unsurprisingly, its Scoville units range are about the same as a regular jalapeño. If that isn’t a good enough reference, its heat is similar to that of the Espelette pepper, Guajillo chili, Hungarian wax pepper, Anaheim pepper and Tabasco sauce.

How to Smoke Your Own Chipotle Peppers 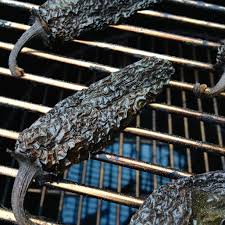 As far as ingredients go, making Chipotle is pretty straightforward. All you’ll need is a smoker and some red ripe jalapeños. If you don’t have a smoker, don’t worry, you can always just use a charcoal grill with hot coals on one side and wood chips on the other; place the jalapeños on the wood chip side.

How to Use Chipotle Peppers

Chipotle peppers are most commonly used in powdered form. This could come in both homemade products such as chili con carnes or other stews or and commercial products like hot sauce. Due to their strong flavor and spice, Chipotles, are usually one of the defining ingredients in any recipe.

When ground, chipotles combine well with other spices for meat marinades. Of course, the most popular being adobo.

Ok, ok the defining flavor in this one may be the ghost pepper but that doesn’t mean you can’t taste the chipotle smokiness in this delicious hot sauce.