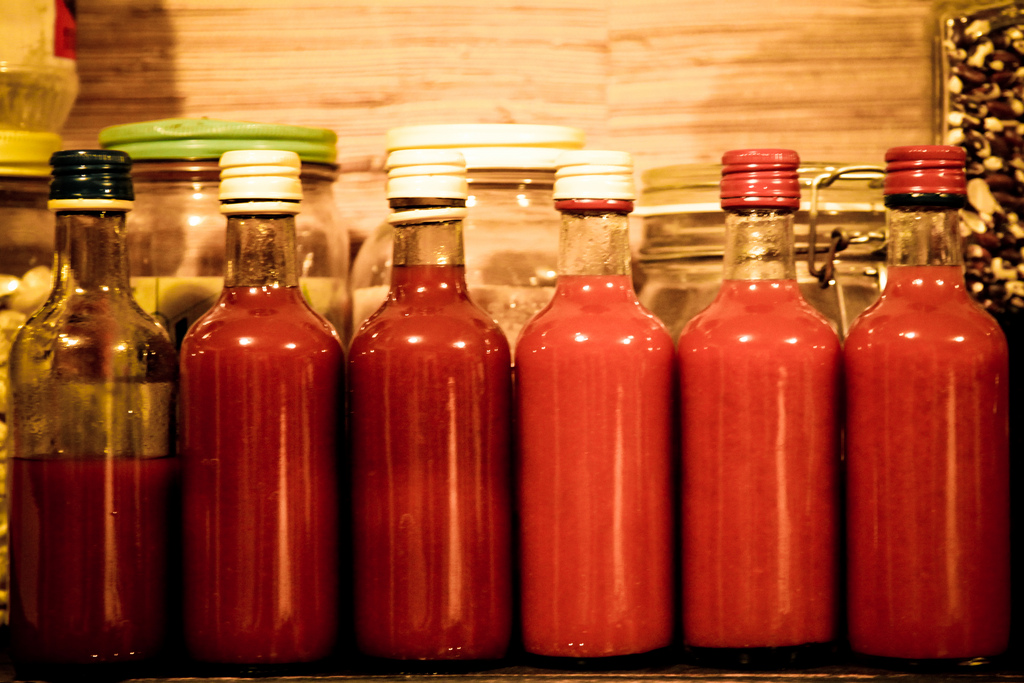 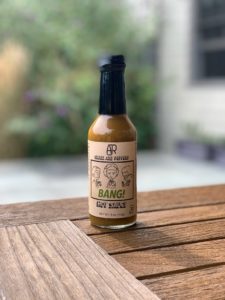 To answer the question bluntly, yes hot sauce does go bad. However, that doesn’t mean that your hot sauce is bad.

Let’s say you’ve just picked up a fresh batch of chicken wings and you’re ready to smother with some fiery hot sauces? You open the fridge and grab a bottle, ready to douse your first wing when… “Wait, a second,” you think, “How long has this been in here?” You smell the bottle. “Does hot sauce go bad?” you think to yourself, examining the bottle more closely. Everything seems alright but it sure has been a while since you opened it. You can’t seem to find an expiration date either.

However, that doesn’t answer the question, ‘Is this hot sauce spoiled?’ So, what should you do?

Well, of course that depends on many variables. It depends on the pH, the acidity of the ingredients being used, the amount of sugar added, salt level, and many other factors.

What kind of hot sauce? What kind of packaging? When was it opened? All sorts of factors go into play. But don’t worry. We’ve put together a little guide to help you determine if your hot sauce has spoiled.

What are the ingredients?

It’s not secret that both vinegar and chili peppers can be used as natural preservatives.  Because of its acetic acid content and low pH, vinegar is used as a preservative for both domestic use and in the food industry. The acetic acid present in vinegar kills microbes and inhibits food spoilage. So, in addition to enhancing the taste of your sauce, adding common vinegar is also a great preservative. 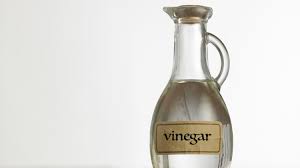 Next, it turns out the capsicum in chili peppers does more than just give them heat. Studies have shown that it has antimicrobial property, specially against bacteria (in addition to other health benefits), including several pathogens. There are quite a few published research studies, references of which can be found in the internet. In fact, the only reason that it isn’t used more often as a preservative is because of its heat.  So, assuming your hot sauce has vinegar and some sort of chili pepper, you’re likely not going to get sick from a splash or two of it on those juicy hot wings.

Now that we’ve covered the basics, let’s talk about additives. The general rule is that the more boutique your hot sauce is, the greater likelihood that it will spoil. For example, hot sauces paired with fruits or vegetables are less likely to last as long as your standard serrano-based sauce.

While the vinegar and chili peppers will help it keep longer, the other elements are eventually going to spoil. A good rule of thumb is the more diluted the sauce becomes, the more careful you need to be.

When did you open the bottle?

As long as you’ve stored your hot sauce properly, most bottles should be find for at least 3 years after the seal has been broken. This of course is assuming that it is made with chili peppers and contains vinegar. Obviously, unopened bottles can last even longer.

A lot of hot sauces boast that you don’t need to refrigerate them after opening, which is true. If you consume a bottle within a few months of opening it, you can keep it right on the table, however, the longer you refrigerate, the longer it is going to last.

But just because it is still edible after three years doesn’t mean you’ll be getting the same flavor. With time, the ingredients will lose their potency. So, while it may not get you sick, an old bottle of hot sauce may not do the trick when it comes to spicing up a meal.

What kind of packaging? 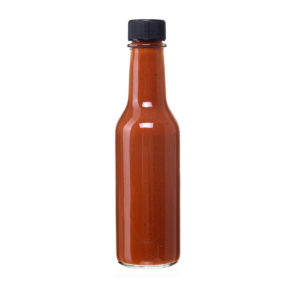 A major consideration when asking, ‘Does hot sauce go bad?’ is the packaging. How air tight is the bottle? Obviously, the more sealed the better. Also, is there a layer of crust that has built around the cap? If so, be careful because this is a great place for bacteria to build over time. If you want to preserve your hot sauce for longer, try to keep the cap sanitized.

Also, this is assuming that you haven’t been dipping into the bottle, which makes even the most highly sealed packaging irrelevant. Those juicy chicken that you’re ready to dip could contaminate the whole batch.

You Can Tell If Hot Sauce Is Expired, Even Without An Expiration Date

Dr. Doug Archer, the Director of Florida’s Agricultural Experiment Station and a highly-respected food safety expert at the University of Florida, says there’s not one truly perfect answer to what seems to be a blanket problem for most home cooks. But there are a few signs you should taste and see that will let you know of greater problems to come when your hot sauce is going bad.

First things first, use your senses! Namely, use sight, smell, and (if the first two go well) taste to tell if your hot sauce is still safe to consume. One thing that will visually occur if your hot sauce has inevitably began to spoil are “little black spots” that Archer says could appear to be flecks of pepper in some cases – that’s not the case, however.

What you’re likely seeing is mold colonies, which is a no no. If you see the mold forming, you better act fast because Because at some point that means new gases are being produced inside the bottle. Of course, over time these gases keep building, applying more and more pressure to the bottle until – POP – the whole thing explodes. Which means: good luck cleaning your fridge. But hey, at least you’ll know for sure that it’s spoiled.

What about if the color has changed? Does that mean my hot sauce has gone bad? 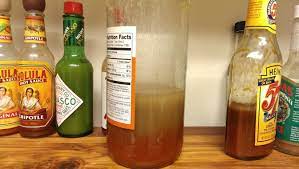 Not necessarily. Again, this comes down to the ingredients in the bottle. Chili peppers darken over time, either way. Other ingredients, too, darken over time and that doesn’t mean they’re bad. Again, you may find the taste to be different from how you remember it, likely hotter.

If it passes the sight test, give it a little sniff. Go ahead. But what exactly are you smelling for? This one is easy. Anything that makes you gag. Just trust your instincts here – we have noses for a reason. And partly that is to avoid ingesting toxic substances. If it smells off, then don’t consume it.

If it passes the sight and smell test, the last thing to consider is taste. Go ahead, try a little! I mean, that’s assuming it looks and smells decent enough.

“The one thing that you’ll notice before anything serious spoiling happens is that the quality of your product has drastically reduced, and that’s evident in taste,” the expert advises me. “Has your sauce suddenly lost most or all of its heat? When you do perceive, for whatever reason, that your sauce doesn’t have the kick that it used to, that’s a major sign of trouble to come.”

When in doubt, throw it out. At the end of the day, but it is better to be safe than sorry. If you’re still asking the question, ‘Does hot sauce go bad’  by now, then perhaps it is bad.  Sure, it probably won’t kill you but if you are really feel suspicious about it, then it’s better to just follow your heart on this one.

Ultimately, there are two many variables at play to really make generalized rules about your particular bottle of hot sauce. Making things harder, most bottles of hot sauce don’t have expiration dates either.  But at the end of the day, a new bottle of hot sauce is only going to cost you a few bucks, so it may be worth it to just purchase a new one. Who knows, you may even found fiery new flavor that certainly beats whatever stale sauce you’ve had in your fridge for the past three years. Just check below: