How Hot Are Serrano Peppers?

What is a Serrano pepper?

The serrano pepper is a chili pepper originating in the mountainous regions of the Mexican states of Puebla and Hidalgo. Unripe serrano peppers are green, but the color varies at maturity; common colors for the ripe fruit are green, red, brown, orange, and yellow. The fruit can be harvested while they are green or ripe.

A Brief History of the Serrano Pepper… 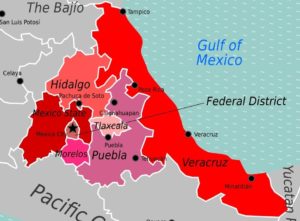 Serrano chile peppers are native to the mountainous regions of northern Mexican States of Puebla and Hidalgo and have been cultivated since ancient times. The name ‘Serrano’ is a permutation of the word “sierra” which means mountain in Spanish.

The serrano pepper has been an essential part of Mexican cooking for generations. Often heralded as Mexico’s favorite pepper due to its distinct and rich flavor, it is the second most used chili pepper in Mexican cuisine behind the jalapeño.  Nowadays, the Mexican states of Veracruz, Sinaloa, Nayarit, and Tamaulipas produce about 180,000 tons of serranos each year.

In the United States, Serrano chile peppers became a popular variety in the 1980s when chefs began pickling the peppers in vinegar with onions and carrots, a recipe that had been used in Mexico for centuries. The red serrano peppers gained notoriety with the introduction of sriracha hot sauce, which is a sauce first created in the city of Sri Racha, Thailand. As the hot sauce increased in popularity across the United States, chefs began crafting boutique versions using red serrano and red jalapeno peppers.

Small Axe Peppers uses Serrano peppers for both the Bronx Red and Green Hot Sauces. The main reason for the difference in color is how long the peppers are allowed to mature. 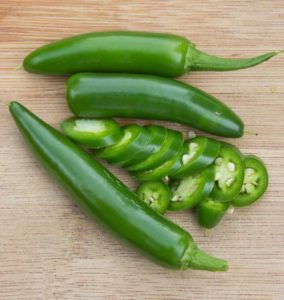 If you’re familiar with jalapenos then you already have a good idea of how serranos taste. Most people won’t be able to tell the difference in flavor but serranos will be sharper and have a more grassy flavor. Fresh Red Serrano chile peppers have an acidic, earthy, and semi-sweet flavor followed by a sharp, pungent heat.

Serrano peppers have a “delayed fuse,” meaning their heat takes a moment to fully kick in after it hits the palate. The level of heat for serranos often depends on their size (smaller often means hotter), color (unripe, green peppers tend to be milder), and the exposure they’ve had to the sun.

When raw, serranos are great in cornbread, tamales, cheese soufflés, and pasta dough. They can also be consumed fresh, out-of-hand as a spicy snack, sliced and tossed into salads, minced into marinades for cooked meats, or chopped and mixed into guacamole, relishes, pico de gallo, garnishes salsa verde, and chutneys. The stem is not eaten, and much of the heat is held in the seeds and inner flesh, which can be removed for a less-intense experience.

You can also cook, pickle, chop, and puree serranos. When cooking, you can blend them into spreads and sauces, infused into oils, tossed into soups, chilis, and stews. The thick flesh of Red Serrano chile peppers makes them ideal for roasting or smoking which really enhances their flavor.

Oh, and they can also be used in cocktails… But don’t say we didn’t warn you.

So, how hot is a Serrano Pepper?

With a Scoville rating of 10,000 to 23,000, the serrano is nothing to mess around with.  For context, they are about 5 times hotter than a jalapeno pepper, which contain roughly 5,000 SHU. However, they can be up to 10 times hotter, depending on the type.

Sure, serranos have a nice sting to them but that doesn’t make them the hottest pepper on the shelf. They are mild compared to habanero peppers which contain a hefty 100,000–350,000 Scoville Heat Units (SHU). They are completely dwarfed by the infamous ghost pepper which contain a whopping 1,041,427 SHU. So while they’ll certainly spice up your next dish, they won’t make you cry like some other peppers.

Are you ready for a Serrano-based hot sauce?

For many, the serrano may be the hottest pepper they can handle. Sure, you may want to go hotter, but before you venture too far up the Scoville Scale, perhaps its better to start small. If you want a delicious serrano-based sauce, well, there’s no better place to start than with the The Bronx Green Hot Sauce. Made with locally-sourced peppers grown in a community garden near you, this fresh sauce captures the Serrano’s essence.

Or if you are really just looking for some fresh peppers, why not just grow them yourself? Check out this comprehensive guide that outlines the art of growing these delicious peppers. Get started easily with a purchase of non-GMO pepper seeds, directly from our amazing garden partners below: