Oysterfest in the Bronx! 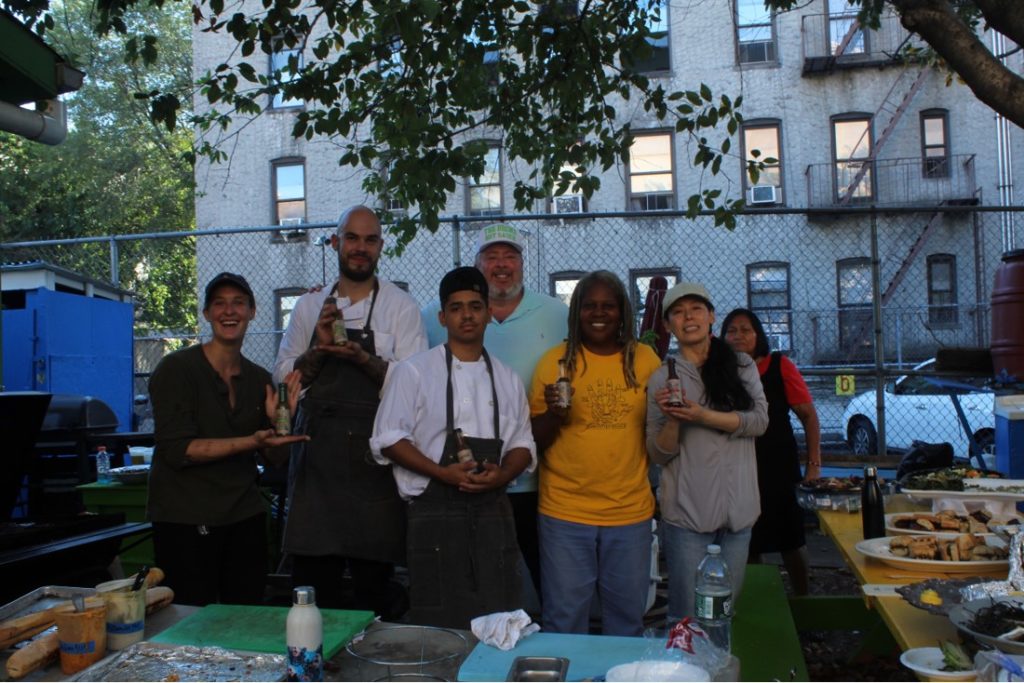 Well, not so fast folks. Sure, oysters may not be cheap these days but that hasn’t always been the case. In reality, their true relationship with the Big Apple extends far beyond rich kid clubs. That’s right. These delicious bivalves not only fueled working class New Yorkers for generations but also played a surprising role in the development of the city.

A city built by oysters

Oysters thrived for millennia in the brackish waters around New York Harbor, keeping the estuary clean thanks to their natural filtration abilities, and serving as a favored food for the Lenape people who originally inhabited the region. 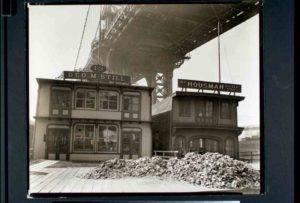 By the 18th century, immigrants to what was then known as New Amsterdam referred to Ellis and Liberty islands as “Little Oyster Island” and “Great Oyster Island,” respectively. The Dutch named the waterfront Pearl Street for a midden, later paving it with discarded oyster shells (though they were disappointed to discover that New York oysters don’t actually produce pearls).

The combination of having reputably the best oysters in the world in what had become inarguably the greatest port in the world made New York City, for an entire century, the world’s oyster capital.

As the city expanded, many of the buildings (including Trinity Church) depended on the burning of oyster shells for lime. They were used to pave roads, crushed into mortar paste to fuel the building boom (Trinity Church, for example, was built with oyster shell-mortar paste), or burned for lime (a practice which was eventually outlawed due to its unfortunate, acrid smell).

Before there were hot dog carts on the corners, there were oyster carts on the streets. Oysters were also sold off boats tied up along the canals. You basically couldn’t throw an oyster shell without hitting another oyster vendor.

In fact, oysters were so ubiquitous that Annie Hauck-Lawson and Jonathan Deutsch, in their book Gastropolis: Food and New York City, claim that even “the very poorest New Yorkers had no other substance than oysters and bread.”

Unfortunately, for as much as New Yorkers loved eating and selling oysters, they didn’t go about it so sustainably. By 1927, the last of the New York City oyster beds were officially closed for business. New York City’s oysters had become too contaminated to eat.
However, we’re in the midst of an oyster revival which started with the passage of the Clean Water Act in 1972. Of course, New York still has a ways to go before urban oysters are safe to eat again.

In 2014, a citizen science project called Billion Oyster Project launched with a long-term goal of adding one billion live oysters back to New York Harbor to repair its ecosystem by 2035. Given that a single oyster can filter 30 to 50 gallons of water a day, and the city’s waterways are far from pristine, this is a worthwhile goal.

Oysters in the Bronx

So, by now, you’re probably wondering what any of this has to do with Small Axe Peppers? Well, in addition to the fact that we just really, really love oysters, we also felt that it was time for them to make a necessary return to their working class roots.

The Bronx is continually evolving — there has been a decided focus to strengthen and support community gardens and over the past few years a similar focus on cleaning its waterways. So what better way to celebrate the end of another growing season than an oyster fest?

So we teamed up with: 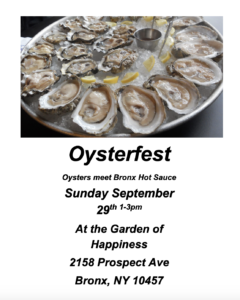 That’s right! An oyster fest in a Bronx community garden, celebrating humans’ connection to the land and sea. It was a sun-soaked day of delicious oysters, hot sauce and good vibes.

Huge thanks to Zadie’s Oyster Room: A “Turn of the century” style oyster basement, dedicated to serving raw and cooked oysters in every style, as well as supporting local Long Island oyster farmers. 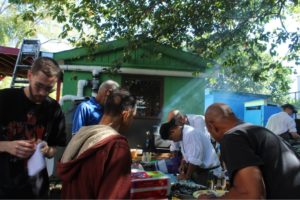 There is no better way to grow community than bringing people from all over the City to a community garden to share stories, interests, and laughs over a delicious meal? Isn’t that what Sundays are meant for? 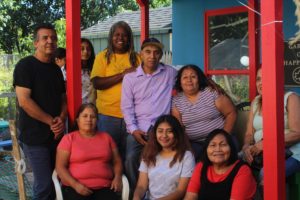 Karen Washington (in the yellow shirt above) has been growing produce in The Bronx since 1988. She has spent decades promoting urban farming as a way for all New Yorkers to access to fresh, locally grown food.

Community members have used the Garden of Happiness as a neighborhood gathering spot. For community residents, the Garden is more than a natural refuge; it is a focus of community activity and cultural exchange. Members of the garden have organized voter registration drives, census outreach programs, workshops on agriculture and soil testing, as well as food drives for the homeless.

And what was there to top off these delicious oysters? You guessed it — the entire spectrum of Small Axe Pepper’s products. From our signature The Bronx Green Hot Sauce to our blazing Ghost Pepper, we spiced these homegrown oysters up right!

The Science of Oyster Shells

How Oysters Benefit the Land
Oyster shells are comprised of 96% calcium carbonate which, when put into the soil, add a long lasting amount of micronutrients, regulating PH levels and increasing the intake of fertilizer for your garden plants. The shells also lower the acidity level in the soil, improve nitrate uptake, aid enzyme formation, and strengthen plant cell walls, all of which improve growth rates and vitality of crops. They help create habitat spaces for soil microbes in compost piles, which breaks down compost more quickly. When smashed, the sharp shards of shells helps defend your garden against predators such as moles, or if you live in NYC subway rats.
How Oysters Benefit the Sea
Oysters are water purifiers by nature; as they gather nutrients from the water they also clean the water simultaneously. Oysters build their exoskeleton by gathering minerals through their water filtration. It takes a long time for an oyster to get to an edible size, so basically they are the accumulation of years’ worth of concentrated ocean nutrients condensed into a single shell. When oysters die in the ocean, their shells create reefs that are habitats for other aquatic creatures. They are, without a doubt, the trees of the sea.

How about an Oyster Recipe?

We’ve got an Oyster Po’ Boy Recipe that’s guaranteed to be the best oyster dish you’ll eat outside of New Orleans. Add a little Small Axe Sauce to spice it up and you’ll be feeling like your dining on a Caribbean Island. 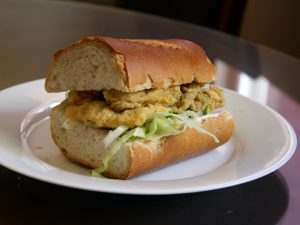