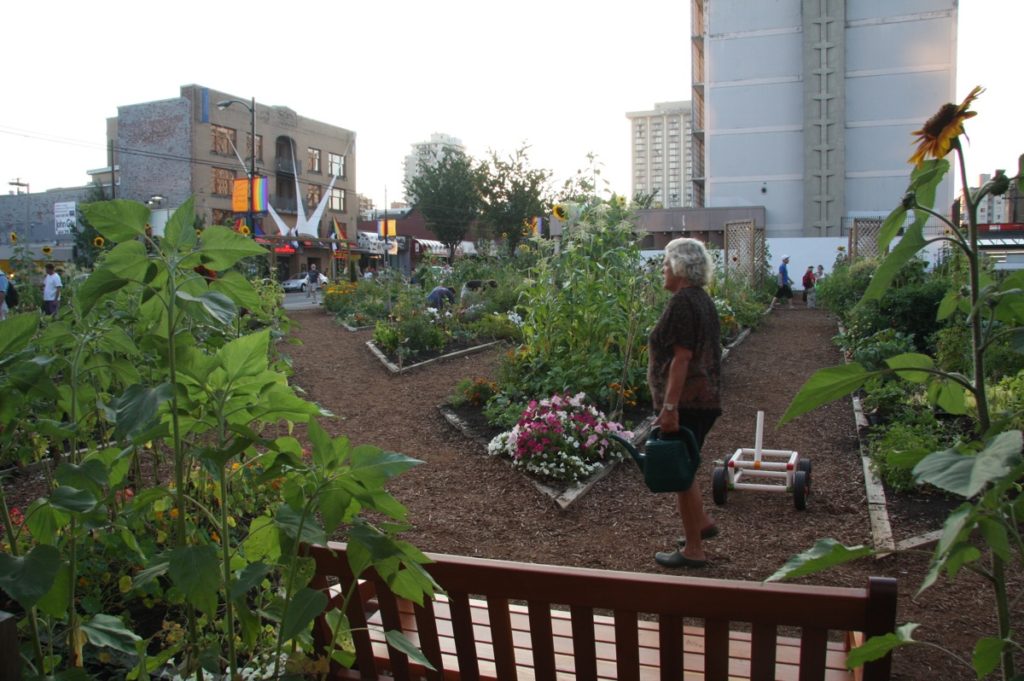 Though community gardens and urban farms may be filling in empty lots across the country, no city has seen more grassroots greening than New York. In fact, according to GreenThumb, a division of NYC Parks Department and the largest community gardening program in the nation, 87,000 lbs of food was produced in 553 community gardens last year!

While concrete lots are blossoming into urban farms and community gardens all throughout New York, one borough in particular — The Bronx — is really seeing the impact. Perhaps it’s because those concrete streets were the most in need of a green-over. Or maybe it’s thanks to its proactive and garden-minded inhabitants. Either way, the Bronx is transforming right before our eyes.  Keep reading to learn about these amazing community gardens that are making it happen!

Since 1988, community members have used the Garden of Happiness as a neighborhood gathering spot. A once blighted plot on Prospect Avenue, the Garden is more than a natural refuge; it is a focus of community activity and cultural exchange. Members of the garden have organized voter registration drives, census outreach programs, workshops on agriculture and soil testing, as well as food drives for the homeless.

Apart of the GreenThumb program, The Garden of Happiness continues to provide community members with a rallying point, a safe haven, and a source of neighborhood pride. Karen Washington, a member of the Garden Happiness, said of the community’s gardening activities: “What we have we should take pride in. And that’s what we’re trying to instill throughout the neighborhood.”

“The garden of happiness is three-quarters of an acre. We have 36 plots,” said Karen Washington, told WCBS 880 reporter Sean Adams. “The population now is mostly Mexican population, so you’ll see papalo, pipicha, epazote, cilantro. There are some African-Americans as well in the garden, so you’ll see collards, and kale, and swiss chard,” Washington said.

​Founded in 2014 as part of the Gardens for Healthy Communities Program within the Mayor’s Obesity Task Force Initiative, Morning Glory’s mission is to sustainably meet the food needs of our community through urban agriculture. As part of their commitment to the Gardens for Healthy Communities Program, during the summer and fall, they produce weekly harvest boxes for Bronx residents, which consist of a higher-end style produce offering grown at the garden and sold at an affordable price. They farm intensively on organic growing practices and renewable energy. 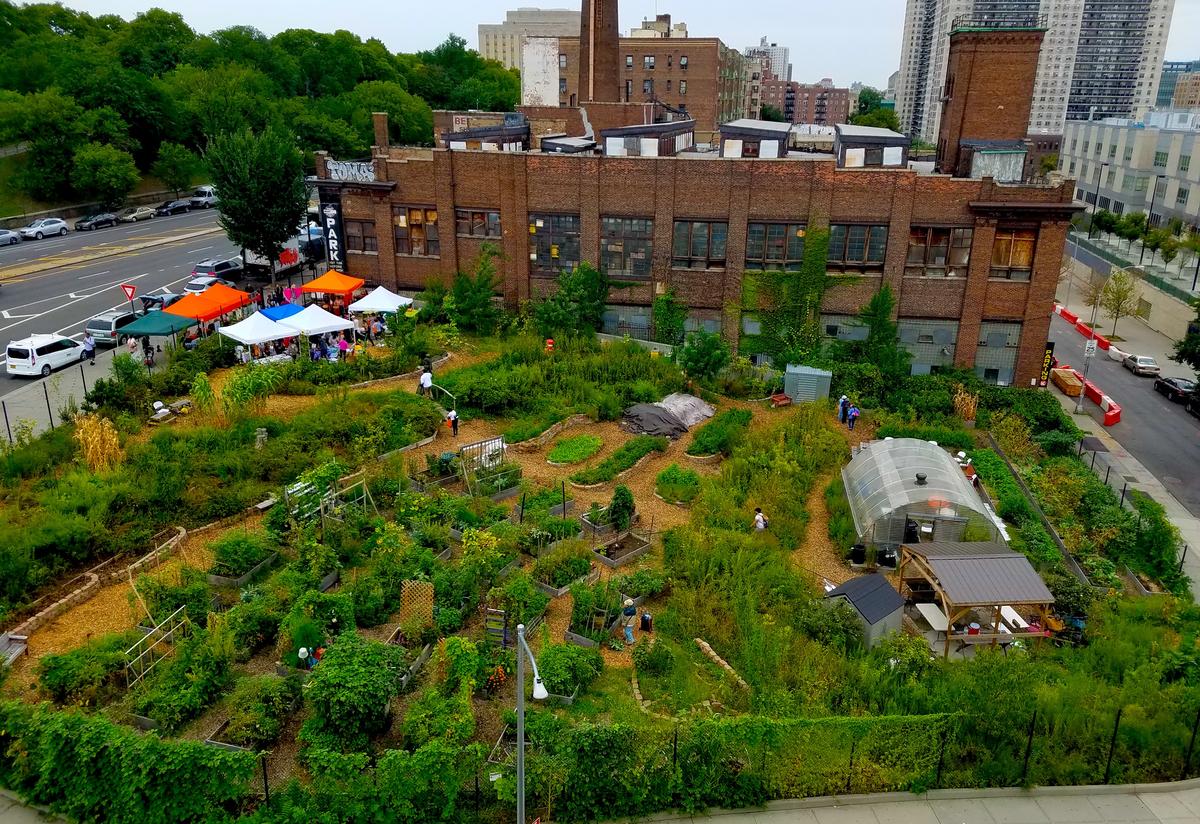 The New Roots Community Farm (NRCF) is an urban farm on the Grand Concourse in the Bronx. This South Bronx based urban green space serves over 30 families as well as students from several neighborhood schools. Program participants work together to start seeds in the greenhouse, create compost to nourish garden beds, care for native plant gardens, harvest fresh fruits and vegetables and tend two honey bee hives.

La Finca Del Sur (Spanish for “the farm of the south”) is an urban farm in Mott Haven led by women of color, pulling from its surrounding community. Founders Ginyard and Nancy Ortiz wanted to highlight the agricultural heritage of its farmers who have roots in the American and global south. These farmers are rewriting an agricultural narrative of the Bronx.

The conversation at La Finca centers on food and culture in a community deprived of healthy food choices. The South Bronx is an area where healthy food is not always accessible or affordable. Last year they hosted a series of community healing and wellness workshops aimed at healing trauma, particularly experienced by women of color. The themes of the workshop included therapeutic gardening, women’s garden tours, urban hiking, art therapy, herbal remedies, cooking and nutrition, journaling, meditation, and yoga.

It was green-lighted as a program within the Mayor’s Obesity Task Force Initiative, their goal is, “to create an urban oasis where community residents can learn to garden and work together for the betterment of the community as a whole.” Rivers Run Community Garden, located on the banks of the Hutchinson River in Co-op City next to the Little League ball field, was designed, built and is maintained by members and volunteers of diverse ages and backgrounds.  The formerly vacant Co-op City waterfront property has transformed into Rivers Run Community Garden — a beautiful place where locals come together to foster the growth and success of this community.

Since its inception in 2014, RRCG (a not-for-profit organization) has  partnered with Bronx Green Up, the Riverbay Fund, Green Thumb NYC, Osborne Association’s Justice Community program and neighboring schools and daycare centers.

They offer interactive workshops in which their youth gardeners will show participants how to measure and track compost they produce. The gardeners will also cover how to track data on your harvest. All participants also receive the The Five Borough Farm Data Collection Toolkit, which contains instructions and procedures that help gardeners and farmers record their progress in areas like compost production, harvesting, in addition to the innumerable social benefits provided by their garden.

Contribute to a Community Garden in the Bronx

Want to assist the efforts of these amazing community gardens? Easy. Simply purchase a bottle of Small Axe Hot Sauce. We source all of our peppers from community gardens, including most of these listed above. All proceeds are re-invested back into these community gardens so that we can keep growing peppers to make more hot sauce and they can keep making the Bronx green again!